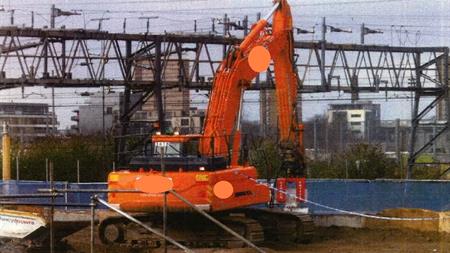 Daniel Walsh, who was site supervisor and the person operating the 35-tonne excavator at the time of the incident, has also been sentenced.
Southwark Crown Court was told that Kevin Campbell, the lead supervisor during the piling operations on the site, was part of a team undertaking night work on 2 March 2014 when he was struck by the EMV, a sheet piling attachment.
The Health and Safety Executive (HSE) found that Campbell had been disconnecting lifting accessories from a metal pile that had just been extracted from the ground when he was crushed against a concrete wall a short distance away. He died from his injuries.
Another site operative working directly next to him narrowly missed being struck by the heavy equipment.
The HSE found that principal contactor Clancy Docwra had not put appropriate control measures in place. The construction firm failed to inform all site operatives of the specific risks they faced when carrying out tasks at the site and the control measures required of exclusion zones.
HSE inspector Darren Alldis said: "The importance of communication and the mandatory use of excavator safety levers were simple actions that should have been put in place and their effectiveness monitored."
Clancy Docwra, of Coppermill Lane, Harefield, Middlesex, pleaded not guilty to breaching ss 2(1) and 3(1) of the Health and Safety at Work Act. In addition to its £1m fine, the construction firm must pay £108,502 costs.
Daniel Walsh, of Eastcote, Orpington, Kent pleaded not guilty to breaching s 7(a) of the Health and Safety at Work Act. He was given a six-month custodial sentence, suspended for 12 months, and must pay £15,000 costs.
Topics
Safe systems of work
Workplace transport
Construction
News