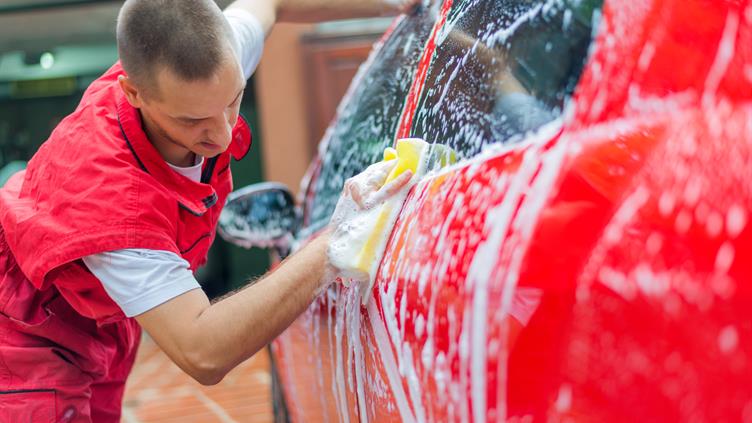 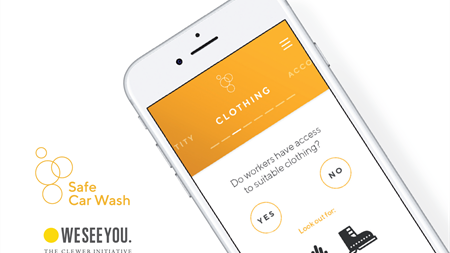 The free-to-use Safe Car Wash app asks drivers questions relating to signs of modern slavery, including if the worker has access to suitable personal protective equipment such as gloves and boots, if they seem afraid and if the service costs less than £6.70.

Based on their answers, the user may be prompted to call the Modern Slavery Helpline.

Safe Car Wash was launched today (4 June) by The Clewer Initiative, the Church of England's campaign against modern slavery, and the Santa Marta Group, the Catholic church's anti-slavery project. It is supported by organisations including the National Crime Agency (NCA), the Gangmasters and Labour Abuse Authority (GLAA) and the Independent Anti-Slavery Commissioner.

The app will find the location of the hand car washes using the satellite-based Global Positioning System. The data collected will be anonymised and shared with the NCA and the GLAA, in what The Clewer Initiative describes as "the largest community intelligence gathering exercise ever attempted in the UK".

It is part of a wider effort to stamp out the exploitation of workers at some of the 18,000 hand car washes that are estimated to operate in the UK. Though many are legitimate businesses, some trap workers in modern-day slavery.

The Clewer Initiative's website says there is no reliable data on how widespread the issue is. According to reports, the University of Nottingham's Rights Lab will analyse the data over six months to create a more complete picture of the scale of the problem. It is expected to publish its findings early next year.

Rights Lab director Professor Zoe Trodd said: "Car washes are completely unregulated territory and we don't know how big the sector is, how many hand car washes operate or how many persons are registered to work in them."

She added: "This citizen engagement in data collection is a powerful technique with potential for mapping other vulnerable services."

The Archbishop of Canterbury, Justin Welby, said: "Through the Safe Car Wash app we now have a chance to help tackle this scourge which is damaging so many people's lives."

Cardinal Vincent Nichols, president of the Santa Marta Group, added: "As we learn to see this example of forced labour and modern slavery in our midst, we will also become more aware of the presence of this evil scourge in other sectors in our neighbourhoods.