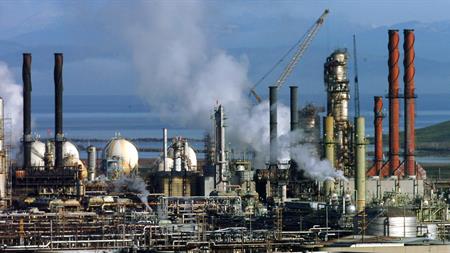 The oil giant reached a settlement agreement with the state's occupational safety and health regulator Cal/OSHA on Monday (24 July) to ensure the safe operation of process safety equipment at the site.

As part of the agreement, the company will replace all carbon steel piping used to transport corrosive liquids with chrome-alloy piping, which has superior corrosion resistance properties.

It also must implement procedures to monitor the equipment that alerts operators to necessary replacements.

The settlement resolves Chevron's appeal of citations issued by Cal/OSHA following an investigation into the 6 August 2012 incident, which caused a toxic vapour plume that spread across the surrounding area. It cited the company for 17 workplace safety and health breaches, nine of which were "wilful" in nature and six were serious.

Chevron's improvements will surpass California's new regulation to reduce the risk of major incidents at oil refineries, which was approved by the Occupational Safety and Health Standards Board in May and is currently pending approval by the Office of Administrative Law.

"The settlement requires Chevron to exceed current and upcoming requirements and to use new and innovative methods recently developed by engineering experts in the petroleum refining industry to ensure the safe operation of process safety equipment," said Cal/OSHA chief Juliann Sum. "This means safer operations at the refinery, which will help protect refinery workers and those who work and live nearby."