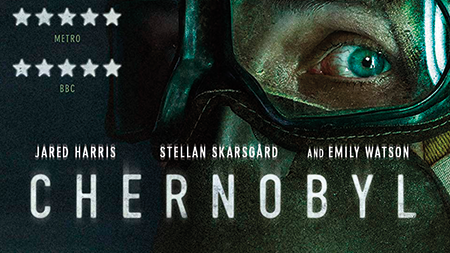 He described meetings about cuts that would finish with management asking, forcefully, "Any problems with that? No? Good -- get on with it then."

Several commentators have suggested that Sky Atlantic's Chernobyl is the best drama series ever made and it features countless scenes where bad news was suppressed aggressively. Worse, concerned technicians who were told "just effing do it", despite their concerns, and were then screamed at when things went wrong.

This powerful, indeed terrifying, drama adds little to the canon of films about major incidents from which we have learned huge amounts -- Spiral to Disaster about Piper Alpha and Major Malfunction about Challenger spring to mind. The message at its core is, if you cut corners to save money and/or have political posturing as your core KPIs, people will get hurt.

The avoidability and root cause of events are mortifying. The investigation found that technicians did challenge the local management team -- but the managers needed tests rushed through and signed off because they've already pocketed the awards and bonuses attached to completion. Cheap materials were used and the dynamic between the KGB and the investigation team is chilling.

Admissions to the outside world were driven entirely by necessity because, for example, dangerous readings were recorded as far away as Scandinavia. The local town was evacuated only when children in German schools were kept indoors. Even then Moscow continued to lie about anything it could lie about. The official number of fatalities continues to be downplayed.

The only positive was the sheer bravery and sacrifice of some of the key players who went willingly to the site to help, knowing they'd be dead within years -- and the hundreds of workers who'd be dead faster than that.

A memorable scene, possibly fictional but certainly illustrative, is when the leader of the miners is presented with a face mask. (The miners' utterly heroic work stopped the meltdown reaching the water course which would have meant, at best, the evacuation of tens of millions). The miner tosses the mask back to his superiors with the curt observation, "Huh, if these worked, you'd be wearing them." This is a superb drama even if you have no interest in safety. It's utterly essential viewing if you have.