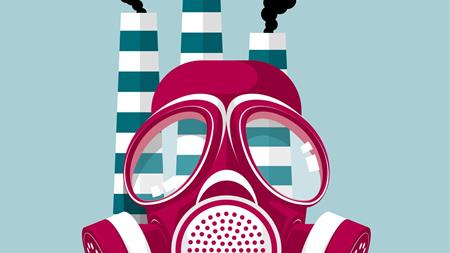 Hazardous substance use brings additional costs such as personal protective equipment, health surveillance and training for workers handling the substance, according to the report The Bigger Picture.

The publication uses case studies to highlight the benefits associated with substituting a hazardous chemical for an environmentally friendly one, including one provided by construction company Skanska.

Injectable mortar containing isocyanate was a troublesome product for Skanska to handle because isocyanates are potentially dangerous irritants to the eyes and respiratory tract. Until recently there were no known alternatives.

"Besides not being environmentally friendly, it was especially problematic for workers handling the material. Not only did they need certified training, they also had to use special protective equipment and areas had to be sealed when the injectable mortar was used," said Carl Enqvist, sustainability development leader at Skanska.

In the late 2000s, Skanska and producer Hilti collaborated to create a non-hazardous alternative with the same technical properties. A couple of years later the isocyanates-free injectable HIT-CT1 mortar was introduced on market. The alternative is slightly more expensive buy overall the shift has been economically beneficial.

"There is no occupational hazard problems related to the use of HIT-CT1 and it does not require any training. At the same time we know that we can use the new product in any upcoming projects as it fulfils our environmental criteria," Enqvist said.

Frida HÃ¶k, ChemSec policy advisor, said: "We urge policy makers to include several aspects in their assessments whether to regulate a chemical or not, similar to the way progressive companies do when they assess the benefits of substitution. They do not just consider chemical prices in a straightforward per kilo comparison, rather they look at the bigger picture and include more parameters, like costs of waste handling, worker safety, consumer satisfaction, to name a few. Combining all these factors makes it clear that substitution can give a competitive advantage on the market, making it economically beneficial."

The report says that while new alternatives are often expensive initially, prices tend to decline as supply increases. In Sweden in 2004, for example, Stockholm County replaced the majority of Polyvinyl chloride (PVC) gloves used in the medical sector with nitrile gloves. The main reason for this was the presence of hazardous chemicals such as phthalates, which could represent up to 50% of the glove's weight.

At that time nitrile gloves cost 8 euro cents each. Five years later the price had fallen to 2.5 cents each, while the price of PVC gloves had risen. By 2009 the price of both gloves was roughly the same. In 2004 alone, more than 100 tonnes of phthalates were phased out in Sweden due to the shift of gloves used in medical care.

The market for safer alternatives is growing, the paper said, and highlighted a survey involving Swedish investment experts. Eighty-eight percent of respondents thought that sustainable investments would become more important in the future, compared with three years ago when only 39% of the respondents thought so. More than 60% said that their companies work actively on developments within sustainable investments.

The publication also cited a US study conducted by the Lowell Center research institute to investigate the economic benefits of safer chemicals. The study estimates the market for safer chemicals to have 24 times the growth potential of the conventional chemicals market worldwide, from 2011 to 2020.

ChemSec said that while regulation could create a negative economic impact for a company that has to substitute a substance it is dependent on, there are also opportunities and benefits for other companies that have already phased out the substance in question. It urged policy makers not to reduce the "burden" of environmental regulation on laggard companies, because this also disfavours the frontrunners.

The substitution principle is one of the key elements of the REACH regulation introduced in 2007. When safer alternatives can be identified users should replace extremely hazardous chemicals (so called substances of very high concern -- SVHCs). Producers are still allowed to use many SHVCs if they can prove that the risks are "adequately controlled".