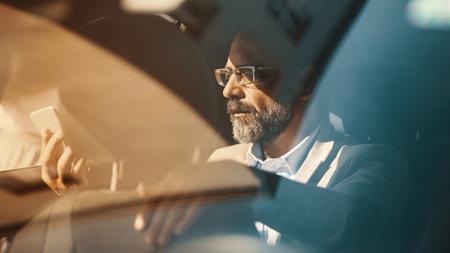 The online poll of 1,000 drivers, commissioned by mobile workforce management technology company BigChange, found that while 9% of respondents who had no managerial responsibility admitted to having incurred a driving ban, the figure rose to 12% for middle managers and jumped to 25% for board level executives.

The worst culprits were chief executives and managing directors, 51% of whom admitted they had been banned.

Only 16% of commercial van drivers and 12% of all employees who drive on company business had received similar sanctions.

A third (32%) of all board level executives surveyed admitted to speeding at least once a week, while a quarter said they used a mobile phone while driving on a weekly basis.

The publication of the research coincides with the launch of a new BigChange campaign, Leaders for Life, which is designed to encourage business leaders to promote safer driving at work. Department for Transport figures show that 1,792 people were killed on Britain's roads in 2016, the highest annual total since 2011.

Joshua Harris, director of campaigns at road safety charity Brake, which supports the campaign, said: "Speeding and mobile phone use are illegal and highly dangerous driving behaviours which can all too easily result in devastating consequences.

"Nearly a third of all road deaths involve someone driving for work and that won't change until business leaders take charge of their own driving habits and those of their employees. This research shows that anyone who gets behind the wheel can be guilty of dangerous driving, and business leaders must do more to manage the behaviour of everyone on their behalf."