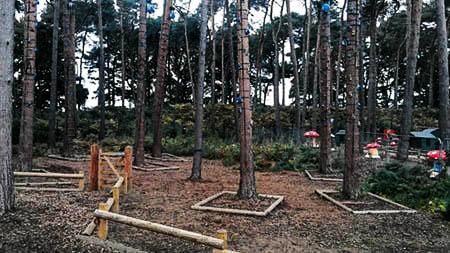 The company pleaded guilty to breaching s 3(1) of the Health and Safety at Work Act at Luton Crown Court on 13 March.

A Central Bedfordshire Council investigation into the incident at Woburn Forest Village on 22 October 2015 found that a Center Parcs employee was supervising seven children in an organised tree climb.

The employee had been tasked with providing a safety talk, fitting a harness on each child, and clipping each child to the fall-arrest system before the activity started.

One of the children, aged eight, started to climb the tree without being clipped to the fall arrest system. When she had climbed up to about 3 m, she fell and broke her wrist.

Councillor Ian Dalgarno, executive member for community services at the council, said: "Our investigations found inadequate risk assessments in place, an unsafe system of work, and inadequate monitoring to ensure that the tree climbing activity was safe."

In a statement reported by the Nottingham Post, the spokesperson said: "We take the health, safety and wellbeing of our guests extremely seriously, and from the outset have co-operated fully and proactively with the investigation."

Center Parcs said that it had reviewed and amended its operating procedures in relation to tree climbing following the incident.