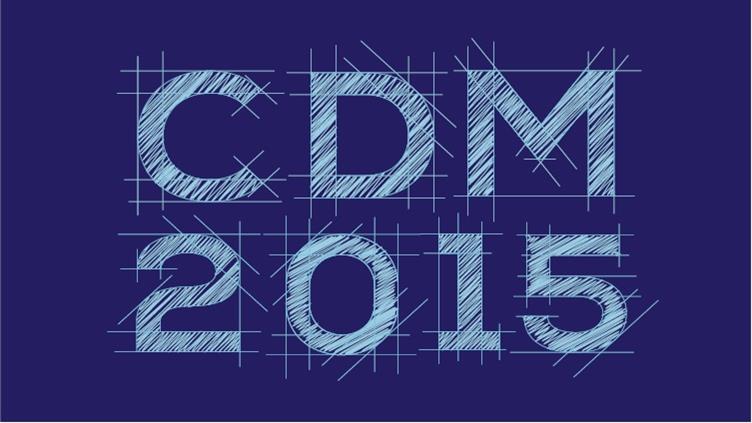 1t is a truth universally acknowledged that since the first set of Construction (Design and Management) Regulations (CDM) was introduced in the UK in 1994, many parties involved in construction work -- including the businesses commissioning the work -- have struggled with their statutory duties. Last year's revamp, CDM 2015, doesn't seem to have improved matters much.

For designers and contractors, CDM is part of the price of doing business. For CDM clients, especially those procuring repair, refurbishment and maintenance work (covered in IOSH Magazine's Marxh 2016 issue), the administrative duties can seem onerous, however great the organisation's commitment to healthy and safe work.

CDM requires clients to take on some responsibilities even if the formalities of the regulations (appointments and paperwork) do not apply to a project. But more projects will also now require formal processes than under the old iterations of the regulations.

There may be commercial benefits in how you define your CDM project, particularly that of aligning CDM documentation with contractual intentions which will make compliance less confusing.

A little unhelpfully, the word project is merely defined in the regulations as "a project that includes or is intended to include construction work and includes all planning, design, management or other work involved in the project until the end of the construction phase".

But this broad definition could provide CDM clients greater flexibility in deciding the scope of CDM projects, particularly when dealing with framework agreements or multiple small projects.

Let's consider a couple of examples. The first is a school dealing with extension and refurbishment work at two adjacent sites. The school could treat the work at each site as separate projects (the standard approach) requiring a principal designer and a principal contractor for each site. But since the sites are next to each other and the works will be happening at the same time, that feels like unnecessary duplication of effort.

Alternatively, we think CDM obligations could be met if the project was defined to link all works going on for the CDM client at the same time. The school could then appoint a single principal designer and principal contractor to oversee all works across both sites which would make commercial sense.

Now let's look at a utility business carrying out asset upgrade works on pipework across the UK. The company wants to avoid generating a massive amount of paperwork but wants to appoint different regional contractors.

Its initial thought is that each regional contract will be defined as a CDM project but it is possible that by treating all upgrade works as a single project, the business could benefit from a consistent approach to CDM compliance. Because it has the necessary expertise in-house, the company could decide to appoint itself as principal designer and principal contractor, then appoint regional contractors to carry out the work.

The construction phase plan (CPP) would need careful thought but this approach appears workable. It allows the utility business to ensure there is a joined-up management strategy for all upgrade works and a single (but detailed) set of paperwork for contractors to feed into.

If you have defined the project you are about to undertake as CDM client, the next consideration is to consider whether the formalities of the regulations (legal appointments and paperwork) apply.

Under the old regulations, whether projects had to be notified to the Health and Safety Executive (HSE) on form F10 -- because they required enough workers and working hours -- defined whether the additional formalities of CDM (appointed roles and paperwork) applied. That has changed; the new regulations require the CDM client to make a formal appointment of principal designer and principal contractor -- and to ensure a health and safety file is in place -- when more than one contractor is involved in a project.

But what is the definition of "more than one contractor"? Let's take three scenarios in turn:

Does the face fit?

The replacement of the CDM coordinator (CDMC) role with the principal designer was perhaps the most broadly advertised of the changes to the new regulations.

The CDMC was regularly criticised as a role with limited power but the HSE guidance on the 2015 regulations requires the principal designer to have "control over the preconstruction phase".

The new regulations require the principal designer to be a genuine designer. This is intended to ensure safety considerations start at the concept design stage and throughout a project.

The question on everyone's lips has been "Who is this mystical principal designer creature and where can I find one?" Speculation before the regulations came into force was that we would see partnering arrangements between old CDMCs and architects but, to date, businesses have reported a lack of willingness on the part of architects -- presumably faced with a new and slightly daunting role they haven't previously fulfilled -- and indications from old CDMCs that they could discharge the duties.

The fact remains that to comply with CDM 2015, a CDM client needs to appoint an individual or organisation to be the principal designer who not only has the design skills to control preconstruction but also has:

In the absence of willing architects, it's likely that some CDM clients, particularly those with relevant design, surveying or engineering skills, are seeking to fulfil the role themselves, with support from architects or former CDMCs. If no appointment is made, this role automatically falls to the CDM client.

A recent case reported to us provides an example of the practical difficulties of these changes. A manufacturer bought some land in the North West with the complete designs for a building. The new owner (the CDM client) wanted to go ahead with the original design and a principal contractor was appointed. The architects, who had drawn up the plans more than a year earlier under CDM 2007, said they were too busy to do any more work and would not take on the role of principal designer.

If smaller works are scheduled around the same time at several sites, consider defining them as a single project

No other designer was keen to take on the CDM role because the plans for this £6m project were complete and they felt they would be inheriting any risks determined by their predecessor. In the end, the CDM client convened a small group of individuals with health and safety and engineering experience and asked them to review the plans and documentation and then share the principal designer role between them.

On the subject of shared roles, clarifying who is responsible for what under the regulations is especially important where one of the parties is a joint venture, special purpose vehicle or any kind of collaborative arrangement. It is permissible within CDM to have such arrangements but your appointment and contractual paperwork must be clear on who has CDM responsibilities.

As under the old regulations, where there are multiple parties that fit the CDM client role, it can be agreed in writing which of them will bear the CDM client duties for particular projects or elements of a project. Where this is not made clear, both parties will automatically be deemed to have all the CDM client duties and so it is important that this is clarified to clients who are unwilling to take that responsibility.

It's worth noting too that if the designs for a CDM project are prepared or modified outside Great Britain, the designer duties under CDM will be those of the person or organisation commissioning them in Britain and if not, will fall on you as client. So it's worth ensuring it is your principal designer who commissions or liaises on any foreign designs.

Another change under the new regulations is that CPPs are now required for all works falling under CDM. The CPP has to include health and safety arrangements and site rules and should take into account the works being carried out and include location-specific information listed at Schedule 3 of the regulations, such as work near power lines or risk from earthfall.

Many businesses will find that regular work carried out by their employees or contractors now requires a CPP and they may be still trying to balance CDM requirements with a potential paper mountain.

The HSE's guidance says the detail and complexity of the plan can be proportionate to the size of the works and the risks involved though. We suggest two practical ways to contain the administration.

If you have yet to do so, it is time to look at your paperwork and contractual documents.