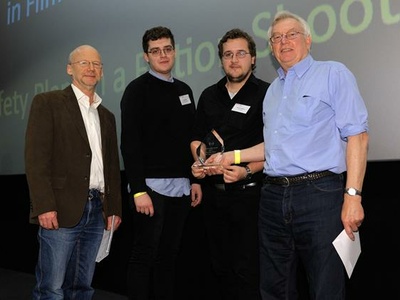 Producer Andrew Oldbury and production manager Aaron Hillier safely shot scenes in moving vehicles, in busy public locations and on rooftops in central London for their film, sie, which they produced as part of their studies at the UK’s National Film and Television School (NFTS).Their commitment to safety and health has led them to be named the winners of the Health and Safety Management in Film Production Award at the NFTS’s Graduation Show 2017.
Open-access content 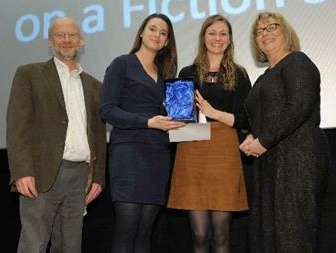 Filmmakers honoured by IOSH for safety and health at sea

Producer Millie Marsh and production manager Katherine Pearl overcame gale force winds and enlisted the help of professionals including riggers, the coastguard and experienced sailors to safely create their ambitious short film, Those Who Are Lost.Their work has been honoured by the Institution of Occupational Safety and Health (IOSH), which crowned them the winner of the Health and Safety Management in Film Production Award at the National Film and Television School’s (NFTS) Graduation Show 2016.
Open-access content
Subscribe