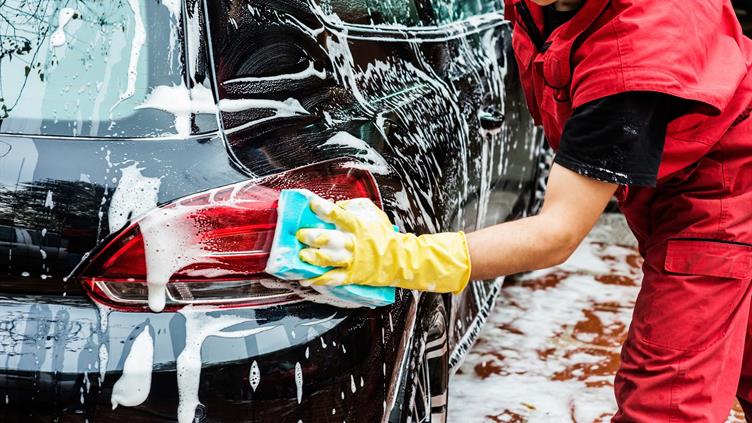 The Responsible Car Wash Scheme, which is targeting labour abuse and health and safety breaches, was launched today and will be piloted in the Midlands next month.

Car wash operators will be able to sign up to the scheme, so consumers can recognise the ones who look after workers and the environment and trade legally, by looking for the 'Responsible Car Wash Operator' logo.

IOSH says the scheme is "a positive step" towards tackling labour abuse and is urging other industries to follow suit.

Richard Jones, Head of Policy and Public Affairs at IOSH, said: "It's worrying that modern slavery has gained a foothold in hand car washes and other industries in the UK and across the world. Many instances are quite simply crimes 'hiding' in plain sight.

"This new logo pilot scheme is a positive step and we will be monitoring its progress with interest. Many hand car washes are responsible businesses that protect workers and the environment, and they will be highlighted by this. At the same time, those car washes which don't comply will be encouraged to do so.

"We would like to see other industries learn lessons from this scheme. All workers in all industries have a right to be protected by their employers."

The car wash scheme has been developed by the Downstream Fuel Association alongside the Gangmasters and Labour Abuse Authority, the Police, the Health and Safety Executive, Her Majesty's Revenue and Customs, the Environment Agency and the Car Wash Association. Anti-slavery charity Unseen has also been involved, while it is supported by five major supermarkets.

There are an estimated 20,000 hand car washes in the UK. Many operate within the law, but there have been reports from Government agencies of others not doing so.

Operators that sign up to the scheme and have been accredited can display a 'Responsible Car Wash Operator' logo and make use of resources to ensure they operate legally.

This latest scheme follows the launch of a mobile phone app earlier this year to allow people to report signs of modern slavery at car washes. That was led by the Church of England alongside the Catholic Church and National Crime Agency.

As part of its work on tackling modern slavery, IOSH has worked with international non-governmental organisations, UK Parliamentarians and responsible businesses.

It has called for improvements to the UK's Modern Slavery Act disclosure requirements, supporting the Let's Make it Work campaign and also called for an extension of Gangmaster licensing, providing a representative on the Gangmasters and Labour Abuse Authority Construction Forum.