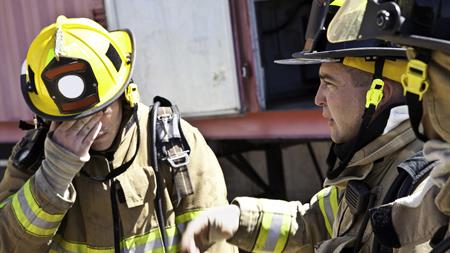 Jobs that were perceived to be the most stressful were firefighters, followed by industrial and aerospace engineers, mechanic foremen, and vehicle and railway equipment repair workers.

The findings were obtained by researchers at INRS (The Institut National de la Recherche Scientifique) and UniversitÃ© de MontrÃ©al, who conducted what is the first ever study to assess the relationship between perceived workplace stress, over whole working lives and cancer among men.

The researchers interviewed a study population, comprising 3,103 individuals with 11 types of cancer diagnosed between 1979 and 1985 (cases) and a control group of 512 people. The participants were asked to describe in detail their job history, including the occurrence of stress and reason for its onset.

According to the report, Lifetime Report of Perceived Stress at Work and Cancer Among Men: a case-control study in Montreal, Canada, which has been recently published in the journal Preventive Medicine, there were significant links to five of the 11 cancer types included in the research.

It found that workers who developed cancer tended to have had a lower income and educational level, to have been heavier smokers, and to have reported psychological symptoms more often than controls. The prevalence of jobs perceived as stressful was higher among white-collar workers (17%) than blue-collar (11%) ones.

Employment in at least one stressful job was linked to a higher risk of cancer. On average, the study participants held four jobs, with some holding up to a dozen or more during their working lifetime.

Among those who reported being stressed at work, the proportion which felt all jobs were stressful was similar among cases (20%) and controls (21%). Of the participants who identified changes in work-related stress over their career, at least one transition from a stressful job to a non-stressful one (39%), or vice versa (91%), was as common among cancer cases and the control group.

The findings did not reveal significant differences between the onset of cancer in men with and without a history of nightshift work.

"Prolonged exposure to perceived stress at work was associated with greater odds of cancer at five out of 11 sites. While over reporting of stress by cases cannot be fully ruled out, these associations, if substantiated, would bear important public health significance," the report concluded. "Prospective studies building on detailed stress assessment protocols considering all sources and changes over the career are necessary."