Canadian GE workers exposed to carcinogens for more than a half-century, report says 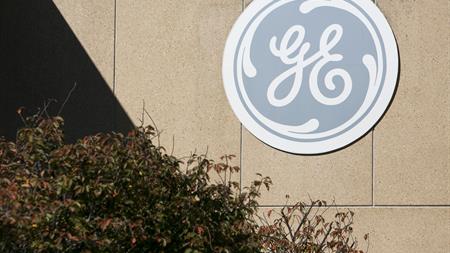 The report was commissioned by the Advisory Committee on Retrospective Exposure Profiles, which consists of GE retirees, to determine whether there was a link between exposures to toxic agents at the factory and "what was perceived as an extraordinarily high incidence of cancer among employees".

During an eight-month investigation, researchers found that at least 40 of the toxic chemicals that workers were exposed to were known or suspected carcinogens.

Motors, generators, and electrical components for urban electrical utilities were manufactured at the plant, where industrial processes such as welding, plastics and rubber production, and machining and pouring molten metals took place.

Substances that workers routinely used and were subjected to included welding fumes, asbestos, arsenic, benzene, mineral oils, painters, uranium and inorganic acid mists, the report claims -- all of which are classified as "group 1: carcinogenic to humans" by the International Agency for Research on Cancer (IARC).

The report says the chemicals were used in large quantities and handled directly without proper protection. Examples revealed in the study include workers sawing asbestos boards without proper respiratory equipment and the use by hundreds of employees of trichloroethylene- and toluene-soaked rags to wipe down equipment by hand.

In addition to chemical exposures associated with industrial work processes, the report alleges that workers were exposed to diesel, propane, and petrol fumes as vehicles often were left idling for hours during loading and unloading.

It also says that chemicals were continuously given off from the creosote-treated woodblock flooring that was installed throughout the building complex. The report said the flooring "continually oozed creosotes", which are classified by IARC as probably carcinogenic to humans.

Spilled chemicals, such as lead and mercury, could also become trapped in the gaps between the blocks, according to the report, which concluded: "Given the widespread use of this flooring in the plant, such spills contributed to the toxic burden experienced by workers."

Twenty-two separate GE Peterborough departments were reviewed as part of the investigation, including carpentry, foundry, transportation diesel equipment, induction motors, coil impregnation, and powder paint/structural steel. However, according to the report, the open-plan space of the factory, and ineffective ventilation, meant many of these departments shared the same atmosphere and therefore the same atmospheric contaminants.

"Consequently, what was generated in dusts, fumes, or vapours flowed readily to neighbouring departments. In effect, there was major cross contamination between, and within, departments," it claims.

The report says a "constellation of risk factors" contributed to the exposure of workers to a "wide spectrum" of toxic and carcinogenic agents. These included working closely to the source of exposure, prolonged exposure to toxic chemicals, absent or inadequate personal protective equipment, poor enforcement of safe-work procedures, and an inadequate knowledge about the health hazards and exposure controls for worker protection.

Canada's general trade union Unifor will present the report, which was authored by two occupational health researchers, to Ontario's Workplace Safety and Insurance Board (WSIB) to support the "many" occupational disease claims that have been made by ex-workers at the GE Peterborough plant.

There are currently 31 Unifor members with WSIB claims for GE job-related illness, including several forms of cancer.

According to the Peterborough Examiner website, more than 660 applications for compensation have been filed with WSIB over the past 13 years. About 280 claimants have received compensation, however roughly 340 claims have been denied or withdrawn because there was insufficient evidence linking working conditions to the illnesses suffered.

Unifor's national representative Joel Carr said the new report "provides much needed evidence to allow the Workplace Safety and Insurance Board to reopen and support these claims".

A GE spokesperson told IOSH Magazine: "The health and safety of our employees is our number one priority. The GE Peterborough plant has operated for over 125 years, employing tens of thousands of workers during its operation. Given the history of the facility as a large, diversified industrial site -- as in the case of many industries that operated for such a long period -- the breadth of chemicals used was common.

"As more information became available about chemical use GE, like other industrial companies, took action to reduce or eliminate their usage. GE adhered to the health and safety practices that were appropriate for the time, and we have continually enhanced those practices as scientific research and best practices in industrial health and safety emerged.

"GE Peterborough continues to work cooperatively with the Ministry of the Environment and Climate Change, the city of Peterborough and Peterborough Public Health to meet our environmental, health and safety obligations.

"Over the years, GE has made numerous upgrades and renovations to the facility, including our most recent activity in 2014: a multi-year, multimillion dollar upgrade of the Peterborough plant. This upgrade included a significant investment in new technologies and equipment, and modernized our building space. It also enhanced health and safety."