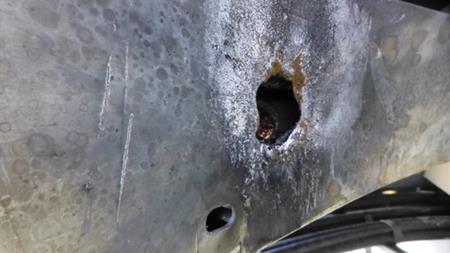 On 28 November 2018, two self-employed workers were using a drill to attach a prefabricated cowling to a cable tray. One of the fixings went into a cable, striking one of the phases and causing an explosion.

An investigation by the Health and Safety Executive (HSE) found that Unique Envelope Facade's risk assessments and method statements did not consider the risk of drilling into cable trays containing live cables, isolating the electrics to complete work or other methods of fixing which did not involve drilling.

Last week at Coventry Magistrates' Court, Envelope Facade Solutions admitted breaching reg 4(3) of the Electricity at Work Regulations, which requires that work activities of any sort, whether directly or indirectly associated with an electrical system, is carried out in a way which does not give rise to danger.

"This incident demonstrated the importance of the role of those preparing the job," said HSE inspector Gareth Langston after the case. "The company overlooked the 415V 3 phase cabling they were drilling in towards. A cable strike, even at this voltage, can cause a major explosion.

"This incident has left two men with long-lasting burn injuries and they are now unable to work for a long time."