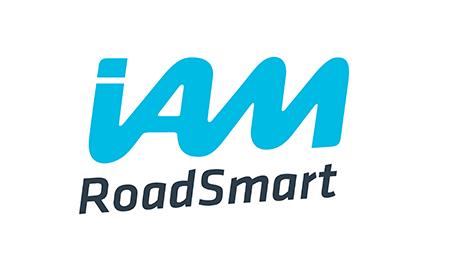 IAM RoadSmart has called for businesses to urgently tackle the issue of distracted drivers at the wheel and overhaul their safety at work policies -- to help stem the tide of avoidable crashes on our roads.

The UK's biggest independent road safety charity has just published a white paper called Driving While Distracted: Challenges and Solutions, which examines the reasons why so many motorists' minds wander while driving, and what can be done to reverse the shocking trend.

Fleet operators are facing higher costs for fines, damages and charges; while at the same time manufacturers, in an attempt to gain competitive advantage, are intent on fitting vehicles with more sophisticated technology seemingly by the day, the white paper reports.

IAM RoadSmart highlights Department for Transport figures which show that in 2017 there were 4,639 casualties caused by in-vehicle distractions.

Driver distraction can take four forms, the report says: mental, visual, manual and through sound -- and in today's world, some of these factors can combine to make the problem significantly worse. These were also highlighted in IAM RoadSmart's 2017 report The Battle for Attention.

The growing trend of 'nomophobia' -- the fear of being out of mobile phone contact is particularly prevalent among business drivers but employers can avoid it through consistent application of a mobile phone policy among their drivers.

The advent of new DAS (Driver Assistance Systems) which can tempt us to drive as a passenger one minute and retake control the next are all adding to the need to ensure fleet managers take distraction seriously. Dr Graham Hole from Sussex University believes that the worst of all worlds is semi-autonomous driving, saying that 'humans are rubbish at being vigilant.'

In terms of an answer to the problem of distracted motorists, the report states that the ideal solution -- the fully autonomous car -- is still some way off.

Dr Hole adds that cars need to keep drivers engaged and avoid them switching off during the journey -- that human involvement was crucial.

The report concluded that businesses had to ask some long hard questions, plus have a robust company driver training policy that isn't ignored.

The report concludes, "it is imperative that fleet managers -- and their leaders -- take a fresh look at professional driver training, to ensure that their employees reach the very highest standards."

Tony Greenidge, IAM RoadSmart business development director, said: "Our whitepaper shows that with the increasing sophistication of in-car technology there is an unintended consequence that requires drivers -- typically in real time - to decide how to best process and utilise the information provided.

"Employers also have a key role to play by ensuring that their travel and mobility policies allow drivers to take full advantage of technology but in a way that is both safe and legal."

The full report can be found here.

Topics
Road safety
Products and services
This content is paid for and not an endorsement from IOSH or IOSH magazine.