Carnegie pioneered the definition of business skills and motivational practices and his bestselling guide, which has sold 16 million copies, remains as relevant and popular today as ever.

One of his major themes is that "the only way to influence other people is to talk about what they want and show them how to get it".

He quotes American psychologist Harry A Overstreet's 1925 book Influencing Human Behavior: "Action springs out of what we fundamentally desire -- and the best piece of advice which can be given is: first, arouse in the other person an eager want."

For Carnegie, there is only one way for an organisation to achieve world-class standards -- in safety or in any other area: that is by leaders working with their staff until they understand why excellence is important and realise that they want it themselves.

Strong leadership is fundamental to the long-term safety success of any organisation -- and, says Carnegie, you can recognise a good leader by the way they interact with the people who work with them. They are not about ego or hunting personal gain. From supervisors, to strategic decision-makers, the defining trait of a good leader is a mix of extreme determination and humility. 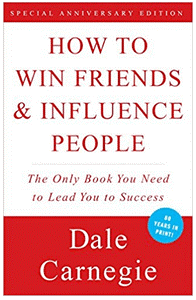 To influence workers, leaders have to speak to them with animation and enthusiasm. His fundamental tenet is that you can influence people more effectively by becoming interested in them than by any attempt to get them interested in you.

Meticulously choosing workers is important for any organisation -- but the best safety leaders know that, for the greatest contribution, engagement is crucial.

Organisations with outstanding safety records are those that don't settle for "good". Operational excellence requires discipline in terms of people, ideas and actions -- only then is it possible to break through performance plateaux and achieve greatness.

According to Carnegie, the people at the top of strong safety organisations lead with questions rather than answers and engage workers with open dialogue rather than coercion. They conduct blameless investigations into incidents and near-misses before building improvements.

Strong leaders never criticise -- instead, they give honest and sincere appreciation of good work. Criticism is unhelpful because it puts workers on the defensive and builds resentment.

According to Carnegie, leaders who want to influence change first need to remember that workers are not automata imbued with cold logic but are emotional, biased, proud and vain.

Proactive engagement with workers at all levels is the only way to gain a holistic picture of any organisation -- and only when you fully understand all attitudes and opinions can you facilitate lasting change.

We are all aware of the stigma surrounding OSH so, if you're looking to change the game and win more friends and influence colleagues, this book could be just what you need.