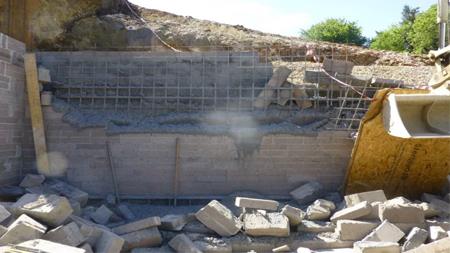 The firm's sole director was found not guilty of the same charges last week at Bournemouth Crown Court.

The hearing was told that Thomas Telfer, who was employed as a bricklayer by Capstone Building, was struck by falling masonry on land owned by the firm in Lyme Regis, Dorset, on 2 June 2015. He sustained fatal head injuries after a retaining wall failed as it was being back-filled with concrete and collapsed.

A Health and Safety Executive (HSE) investigation found that Capstone Building had failed to properly manage the work at Chatterton Heights on Somers Road. It also did not ensure the health, safety and welfare of employees on the site, including Telfer.

The BBC reported that the father of two was pronounced dead at the scene.

Both the building firm and its sole director, Stephen Ayles, of Lomond Drive, Weymouth, had denied two charges of breaching ss 2 and 3 of the Health and Safety at Work Act.

According to the BBC, an inquest jury previously returned a verdict of accidental death, caused by the method of the wall's construction and a "lack of support".