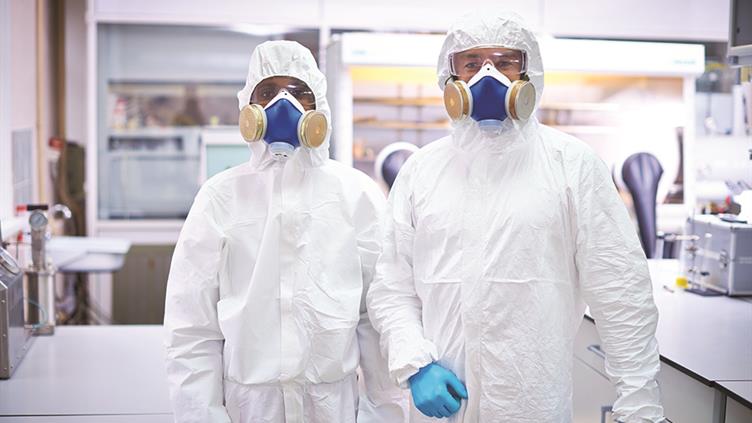 At the start of the Industrial Revolution, social thinker John Ruskin captured some of the concerns about "work". For people to be happy at work, he said, "they must be fit for it, they must not do too much of it, and they must have a sense of success in it".

Fast forward 170 years and what has changed? It is tempting to say not much. Yes, we have laws and regulations on safety and health, but these are generally slow to evolve and adopt a philosophy of utilitarianism -- legislation that fits the greatest number, not the individual. We also have a lack of diversity in the bodies that make, develop and frame this legislation.

Standards development has the same challenges. Indeed, the term "standard" implies an average or norm -- a one-size-fits-all approach. But does it really? In the provision of personal protective equipment (PPE), this issue becomes particularly acute. And it's not simply about gender. Take, for instance, chest protectors for cricketers. Not only is there no provision for women but they are designed for right-handed batsmen only. One assumes that Brian Lara and Sourav Ganguly forewent chest protection.

But change is afoot. The UK Committee PH/3/11 Protective Equipment for Sports Players, which mirrors the European committee CEN/TC 162/WG 11 Body protection for sports, includes input from both men and women and has a female chair. The standards that they are responsible for developing are accounting increasingly for diversity. In fact, UK national standards body the BSI is running a project to identify all standards that require a "personal" aspect. This covers not only gender and cultural diversity but also religious, disability, medical and other forms of body differences, such as amputations.

It is in the area of respiratory protective equipment (RPE) where we are seeing actual change to cater for diversity. Because there is a critical need for respiratory products to fit the user properly, there has been a large ISO project to produce a set of respiratory standards that reflects up-to-date research on face shapes and gender. Data used showed a big difference in facial characteristics between Caucasian, sub-Saharan and European types. In other words, the new standard is written with the person in mind.

Part of the output was ISO 16900-1:2014 Part 1: determination of inward leakage. This standard has not been published in the Official Journal of the European Union (reference list for harmonised standards) but is defining the way the respiratory standards are changing. The ISO standard specifies an increase in the number of test subjects from ten (as is normal for most European standards) to 25 in order to represent human diversity more accurately. Any testing against the standard must also consider different breathing patterns during various physical tasks. This also has an impact on tests in which models are used instead of human subjects, with the introduction of five test headforms for actions such as breathing to accommodate different face shapes and sizes.

The ISO 16900-1:2014 standard refers to ISO/TS 16976-2:2015 Respiratory protective devices - human factors. Here the focus is on determining whether the RPE is fit for purpose based on how and where it is used. This adds human factors to the equation for the first time, including:

A crucial physiological factor is how much air the wearer needs. The ISO standard uses a staggered scale of work rates under which a respirator is classified according to how hard the wearer can work without "over-breathing" the device (breathing too hard for it).

Another ISO standard is aiming to put people at its heart. ISO 45001:2018 Occupational health and safety management systems has an emphasis on creating a system that benefits the worker -- as opposed to the organisation solely. It requires organisations not only to identify social factors such as workload, work hours, victimisation, harassment and bullying but also human factors, such as how work is performed and designed to take account of an individual's needs and capabilities. With its focus on continual improvement, it requires "that opportunities to adapt work, work organisations and work environments to workers" are assessed.

Diversity is a factor that safety and health professionals will have to take greater account of. Increasing participation of women in the workforce, an ageing population with its own associated health needs plus wider ethnic diversity present challenges and opportunities that must be addressed in the long term.

Human diversity should be seen in the same way as biodiversity in nature -- as a positive source of exchange, innovation and creativity. We know that the lushest and most productive regions of the world are the ones with the greatest biodiversity. It should therefore stand to reason that the most productive and flourishing organisations are those that successfully embrace diversity.

Similarly, we are moving to a society that champions protecting the environment and being responsible consumers of natural resources, so organisations should become custodians of their human resource.

However, we need to understand the ecology of the system to ensure that we do not cause imbalance. It is therefore important to understand the impact diversity has on occupational health and safety. This is more than simply completing risk assessments for young workers or those with a mobility restriction. It needs to consider differences in risk perception, attitudes to authority, time orientation, indirect communication, personal space, non-verbal communication, gender and even political history.

National culture is one of the best predictors of attitudes, behaviours and performance in the workplace, so when setting up a division in another country, for instance, it is crucial that it is aligned with local values. It is important to access training and advice on cultural diversity rather than to assume that safety and health is approached the same way.

Organisational socialisation -- the process of conveying the organisation's goals, norms and preferred ways of interacting with its workers, or more simply "identification with the organisation" -- is essential to managing diversity successfully. This does not mean pressuring workers to conform to a single norm but rather that diversity is the norm.

But how do organisations do this? It starts with leadership and in particular transformational leadership. Developing capability in emotional intelligence across the organisation is also important because this creates empathy and reduces conflict. The final element is "inclusion" -- involving and empowering workers.

Transformational leadership, emotional intelligence and worker inclusion -- these are at the heart of good occupational health and safety. To adapt a quote from John Ruskin, that organisation is the richest which nourishes the greatest number of noble and happy human beings.