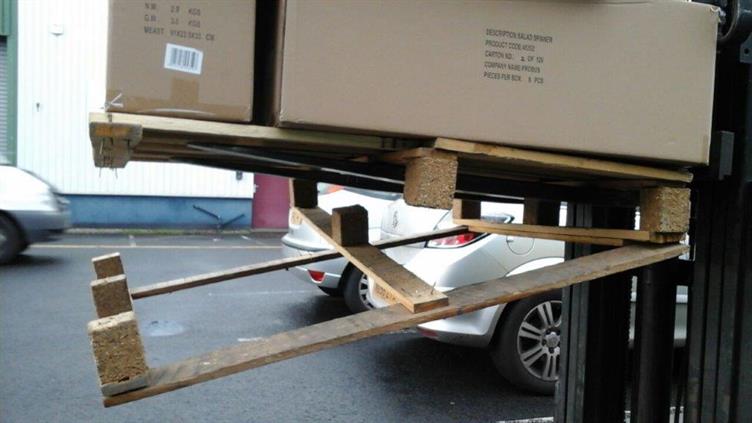 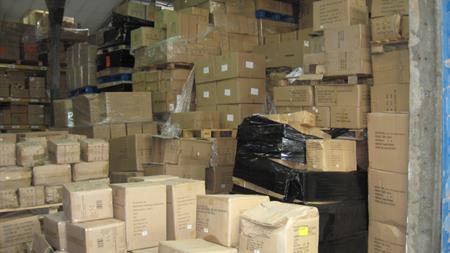 The warehouse manager for Probus Creative Housewares, which is part of Germany-based Fackelmann and supplies goods to national retailers, was working in the company's warehouse in Cannock, Staffordshire, in December 2015.

The worker had used a pallet raised on a forklift truck to access the storage rack. He was standing with one foot on the racking and the other on the pallet when the pallet gave way, Newcastle-under-Lyme Magistrates' Court was told.

He fell 4.5 m on to the concrete floor of the warehouse and was airlifted to hospital where he was placed in a medically-induced coma for 11 days. He suffered brain injuries and is unlikely to be able to return to work.

Passing sentence, District Judge McGarva said "the incident resulted from long standing failures to improve health and safety, despite warnings from both the council and the company's insurers".

Environmental health officers (EHOs) from Cannock Chase District Council, which brought the prosecution, found that the risk assessments were outdated, inadequate and had not been carried out by a competent person.

It said poor racking in the warehouse, along with overstocking and lack of mechanical handling, created a "highly dangerous environment".

The council's investigation also found that the company's insurance provider had refused to renew its policy due to safety failings and a lack of compliance.

Aine O'Brien, Cannock Chase Council EHO, said: "Key findings of the investigation were: an overreliance by the company on individuals with no formal experience or competence in health and safety; considerable pressure placed on employees to quickly turn around deliveries and dispatch orders with minimal mechanical handling assistance; inadequate and unsafe racking; individuals placed in positions of responsibility with little knowledge or experience; and condoning of unsafe working practices by senior managers."

Probus pleaded guilty at the first hearing on 5 June to four charges.

It admitted breaching s 2(1) of the Health and Safety at Work (HSW) Act, and regs 3(1)(a) and 13(2)(b) of the Management of Health and Safety at Work Regulations for failing to carry out suitable and sufficient risk assessments and not providing adequate training, respectively. It also pleaded guilty to breaching reg 4(1) of the Work at Height Regulations over its failure to ensure that the work at height was properly planned, supervised and carried out safely.

Its managing director, Srdjan Urosevic, pleaded guilty to breaching s 2(1) of the HSW Act and reg 3 of the Management of Health and Safety at Work Regulations. He was fined £20,000 and ordered to pay £10,000 costs.

O'Brien said: "The fines were limited due to the company's size, though an attempt was made to use the recent Tata Steel case to financially link the company to its larger parent. Although the prosecution did not succeed in 'piercing the corporate veil' the company received no further reductions in fines even though it showed operating losses."