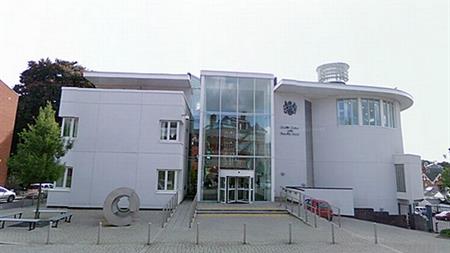 Ashley Coe, who was working onsite for subcontractor Pascon, was installing cables in a trench when an excavator tracked under a 33kV overhead power line and struck it. Coe was helping to control the cable drum suspended from the arm of the excavator when the incident happened on 13 March 2013.

Coe had to be resuscitated after receiving a shock which left him with a life-changing brain injury. The court heard that Coe is unlikely to work again having lost much of his independence. His speech is affected, he suffers with short-term memory loss, has some mobility issues, and no longer feels pain.

Two other workers also received shocks but were not seriously injured.

Pascon was contracted to carry out the work by British Solar Renewables (BSR), which was installing a solar energy farm at Knockworthy Farm in Great Torrington, Devon.

According to the Health and Safety Executive (HSE), BSR did not install warning signs about the nearby power lines, while Pascon failed to assess the risks of working under the lines.

Principal contractor BSR of Glastonbury, Somerset, was charged with breaching Regulation 34(2) of the Construction (Design and Management) Regulations (CDM) 2007 and fined £250,000. It must also pay £72,466 in costs. Under this regulation, electric power cables either must be directed away from the area of risk, or clear warning signs put in place.

Subcontractor Pascon was fined £30,000 plus £25,000 contribution to costs after pleading guilty to a breach of Regulation 13(2) of CDM 2007, which requires contractors to ensure construction work is carried out with minimal risks to health and safety.

"This incident was entirely preventable and arose from clear failures to plan, manage and monitor the work and to ensure that the construction site was set up with appropriate measures to control the risks of working under overhead power lines," said HSE inspector James Lucas.

"Luckily Mr Coe was resuscitated, but he now suffers from life changing complications due the electric shock he received. He was extremely close to losing his life and this is down to the failure of both construction companies involved in the work."