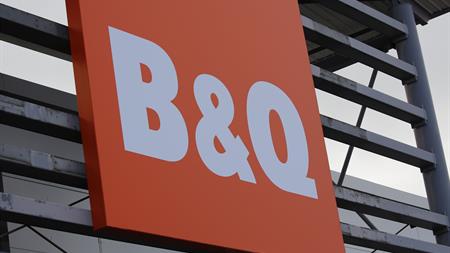 The DIY giant has been prosecuted multiple times for safety offences; it was fined £65,000 in 2015 when a worker became trapped between a wall and the forklift truck she was operating at its warehouse in Yeading, west London, in November 2013. Safety breaches also happened in 2011, 2004 and 2001.

In the latest incident in July 2017, the 2.6 kg pole, which was part of a promotional display at B&Q's Kidderminster store, fell from racking as the shopper reached up for a product.

Kidderminster Magistrates' Court was told B&Q knew the display banner poles were inherently unsafe because they had fallen from racking on previous occasions.

Although it introduced retainer clips with a screw to secure the poles, it had failed to ensure they were implemented correctly or at all.

B&Q pleaded guilty to two charges under the Health and Safety at Work Act. District Judge Cadbury fined the company £300,000 and ordered it to pay costs of £8,000.

The investigation found the DIY chain had failed to examine the banner poles as part of daily checks at the store. The retainer clips had not been fitted in the aisle where the accident happened and therefore not used to secure the bracket from which the pole fell.

After the accident B&Q removed the display banner poles from all its stores.

Head of Worcestershire Regulatory Services, Simon Wilkes, said: "I am pleased that B&Q admitted their responsibilities for the health and safety of the general public and its employees and had taken action following the accident to ensure that a similar incident will not occur again in any of its stores nationwide."