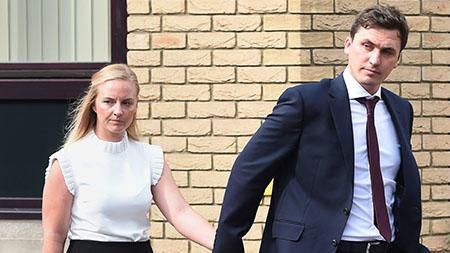 William and Shelby Thurston were overseeing several rides at Thurston's Funfair in Harlow Town Park in Essex in March 2016 when Summer Grant died. The inflatable dome she was playing on blew into the air, was carried 300 m across the park and struck a tree. Summer died in hospital after sustaining multiple injuries to her head, neck and chest.

Justice Garnham sentenced the couple each to three years in prison today at Chelmsford Crown Court.

The pair had been convicted of gross negligence manslaughter on 9 May following a three-week trial at which they were found guilty by majority verdicts of ten to two.

At the trial last month, the court was told that the Thurstons had failed to anchor the inflatable to the ground securely and did not monitor the weather to ensure the castle was safe to use.

A meteorologist confirmed weather warnings were in place for the area and wind speeds and gusts increased throughout the day. The Health and Safety Executive (HSE) said the maximum wind speed recorded was 66 kph and that the dome should not have been used in wind speeds above 38 kph.

The judge told the couple that they "took the most monumental risk with children's lives by continuing to allow children on the bouncy castle-¦ and that risk-taking cost Summer her life."

He also called on the HSE to take the steps necessary to make it compulsory for fairground operators to use wind speed measuring equipment.

The couple were also sentenced to a further 12 months' imprisonment for failing to discharge a duty under s 3(2) of the Health and Safety at Work Act, contrary to s 33(1)(a). The second sentence will run concurrently.