Bodycams for paramedics to bring more attackers to justice 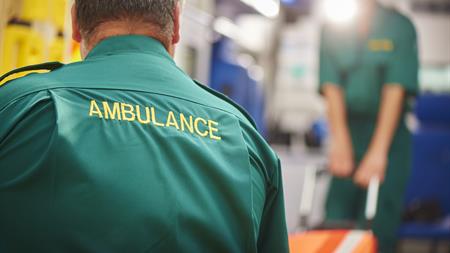 The UK's health secretary Jeremy Hunt said 465 ambulances and their paramedics will be equipped with the cameras as part of a pilot scheme, with the potential for a full roll out to all ambulance staff.

More than 15% of National Health Service (NHS) workers said they had been physically attacked by their patients or patients' families over the past year.

Figures show that 354 people have been prosecuted for assaulting paramedics but estimates suggest the total number of incidents is much higher.

Hunt said: "Nobody should feel unsafe at work [-¦] While the buck must stop with abusers, we want to do everything we can to prevent physical and verbal abuse. Issuing paramedics with body cameras will help protect them and increase prosecutions."

He added that staff are under "huge pressure" and "have never worked harder".

The measures are part of the ten-year plan that the NHS will agree over the next six months as part of the planned £20.5bn increase to NHS funding by 2023.

Ruth May, executive director of nursing at NHS Improvement, said: "To secure the future of the NHS and what it stands for, we must strive to be the very best employer. This means looking after our staff and supporting their health and wellbeing. This will also enable them to deliver the best care possible, both now and in the future."

Last October the Ministry of Justice announced that every prison officer in England and Wales would have access to a body-worn video camera in an effort to improve safety in jails. At the time it said the devices would record incidents, acting both as a deterrent and evidence in prosecutions.