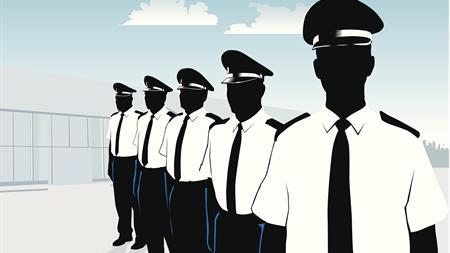 The Ministry of Justice (MoJ) revealed every prison officer in England and Wales now has access to a body-worn video camera following a £2m investment in 5,600 of the devices.

A further £1m is being spent on "police style" rigid bar handcuffs and restraints to reduce the need for staff to use physical holds to control aggressive prisoners.

Four prisons - HMP Hull, HMP Preston, HMP Risley and HMP Wealstun - will also trial the use of an incapacitant spray called PAVA (pelargonic acid vanillylamide), which is similar to pepper spray, for dealing with violent offenders.

Prisons minister Sam Gyimah said the new measures would help improve safety across the prison estate. He said: "I am absolutely determined to tackle head-on the issues that undermine the safety and security of our prisons and to ensure our dedicated officers have the tools they need to do the job.

"This latest investment underlines our commitment to transform our prisons into places of safety and reform and should send a clear message to those intent on thwarting our efforts to make progress that we will do everything in our power to stop them."

The MoJ said the body-worn cameras would record incidents, acting both as a deterrent and evidence in prosecutions. They have been rolled out after successful trials in 22 establishments and their deployment by the Metropolitan Police to more than 22,000 frontline officers last October.