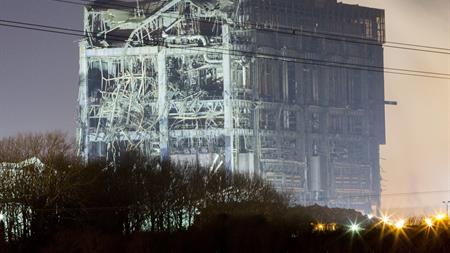 Ken Cresswell, Chris Huxtable and John Shaw have been missing since 23 February.

The body, which has not yet been identified, was found on Wednesday (31 August) and the families of the three missing men have been informed.

Thames Valley Police said contractors have temporarily stopped removing debris so that specialists can enter the site and safely recover the body. The Disaster Victim Identification process will then commence.

The body of Michael Collings was previously recovered from the site.

The decommissioned Didcot A power station in Oxfordshire was due to be demolished when the boiler house partially collapsed. The remainder of the structure was safely knocked down on 17 July.