The Black Swan – the Impact of the Highly Improbable 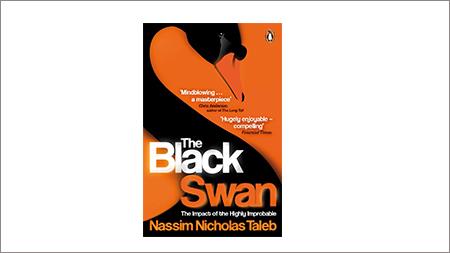 Taleb uses this story as the springboard for a series of essays to explore the pitfalls we face when we try to predict the future, whether it's the next terrorist attack, a rise in the price of oil or the launch of a new mega product on the market.

As safety people, we are often faced with situations that require us to predict the future. Every time we assess risk we make judgements about likelihood and severity. Every time we stipulate control measures, we take a view on what might or might not work, not just immediately, but also over the long-term. Equally, when we investigate incidents, we are often looking at circumstances people said could not happen, or thought very unlikely.

I started to see what Taleb calls black swans in my own career. For example, in 2001 I was working for a US-based international risk firm that happened to have offices in both towers of New York's World Trade Center. I clearly recall a conversation about a client's risk profile in which the scenario of an airliner colliding with one of their buildings was mentioned, only then to be immediately discounted as to be so unlikely as not to merit further consideration. Then 9/11 happened and we all changed how we viewed this risk, especially in my company, where we lost several hundred colleagues. Taleb was one of those far-sighted enough to think the unthinkable and identify this hazard before the World Trade Center attack.

You'll either love or hate how Taleb writes: it's a stream of consciousness that's neither a lecture nor a chat in the pub, and yet encompasses everything from learned journal references to personal anecdotes.

Taleb was the dean's professor in the sciences of uncertainty at Massachusetts University Amherst, but his life experience includes growing up in Lebanon as well as working on US trading floors: his vocabulary steers from the ultra-philosophical to Brooklyn patois ("fuhgeddaboudit"). He uses the book as a platform to have a pop at all sorts of targets that wander into his sights: grammarians, journalists, the French, bank managers, people in suits -- even book reviewers!

This is the title's second edition: the main changes from the first edition are additions to the footnotes plus a new postscript essay On robustness and fragility, deeper philosophical and empirical reflections. It's a highly thought-provoking warning that the world is much more random than we think.