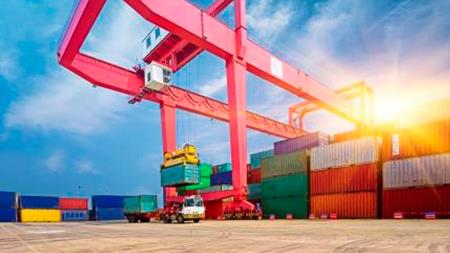 This is one of the findings of new IOSH-sponsored research [iosh.co.uk/containerterminals] into OSH arrangements and employee perceptions in the growing container port industry.

The research also found that acccident investigation procedures were often limited to finding immediate behavioural causes rather than looking for organisational failings.

The study was commissioned by IOSH and the International Transport Workers' Federation and written by Professor David Walters and Dr Emma Wadsworth, using research by a team at the Cardiff Work Environment Research Centre between 2013 and 2015. Evidence was gathered from senior managers and 1,849 workers at 11 container terminals operated by six companies in four countries in Europe and the Asia-Pacific region.

The study found that recorded injuries among the operators had dropped in recent years. Nevertheless, 70% of the respondents to the survey felt their safety was at high risk (60% felt their health was at risk), 40% felt the risks were ineffectively managed and one-third reported they had experienced an injury at work in the previous year. Though most of the sites had zero-harm policies and management said they encouraged reporting of all accidents and incidents, a comparison of the ports' official accident and ill-health metrics and employees' self-reports suggested there was widespread under-recording.

The report says that despite an emphasis on incident investigation by terminal operators, interviews indicated it was rare for investigations of routine injuries and unsafe incidents to look beyond their immediate causes, focusing on individual human error or unsafe behaviour rather than possible underlying organisational or systemic causes.

"This seemed to be a consequence of the universal management conviction that following the requirements of the safety management system closely would mean that accidents simply could not occur," say the authors, "a conviction supported by their behavioural foundation and reflecting the widely held belief that all accidents were the result of workers failing to follow such procedures."

"OHS indicators currently used by container terminals are insufficient and mainly support a reactive rather than proactive approach to incidents," they conclude. "Consideration could be given to more proactive and preventive orientated approach."

They say that another feature of behavioural safety regimes is that they often marginalise traditional arrangements for representation and consultation with workers on their health and safety.

"Our survey data demonstrated this very clearly some with 70% of respondents globally having no health and safety representative or difficulty accessing one," says the report.

The researchers found that the interests of the minority of female workers in container terminals were under-served by health and safety arrangements.

Subcontracted workers had higher injury rates than those directly employed by terminal operators. The authors suggest the operators should exert their influence over contractors, ensuring safety standards are specified in procurement documents and upheld.
Workers also believed that the systems for monitoring safety and health did not cover the risks associated with the pace and organisation of work in the terminals.

David Walters said that while the research findings indicate a shared commitment among major terminal operators to improve OSH management, "they also reveal some significant gaps between the operators' expectations of the effectiveness of these arrangements and the reported experiences and impressions of workers in the study."

ITF president and chair of its dockers' section, Paddy Crumlin, welcomed the findings and the cooperation of the major port employers who had participated in the study.

"The simple fact is that you can't put a price on dockworkers' lives," said Crumlin. "We also strongly recommend that these significant findings are taken into consideration by the ILO (International Labour Organization) Meeting of Technical Experts that will work on the revision of the ILO Code of Practice on Safety and Heath in Ports in Geneva this November."

"Key messages include the need for operators to regularly review their health and safety systems," Jones said, "particularly how their contractor-workforce is managed, how health and wellbeing are assured and how worker involvement is fostered. As well as helping to prevent injury and illness, effective supply chain management makes really good business sense. We know from other research that positive feelings about work have been linked with higher productivity, profitability and customer and worker loyalty. So, good health and safety not only helps save lives, it also sustains businesses and is an investment, not a cost."