Baroness Tanni Grey-Thompson to be keynote speaker at IOSH 2017 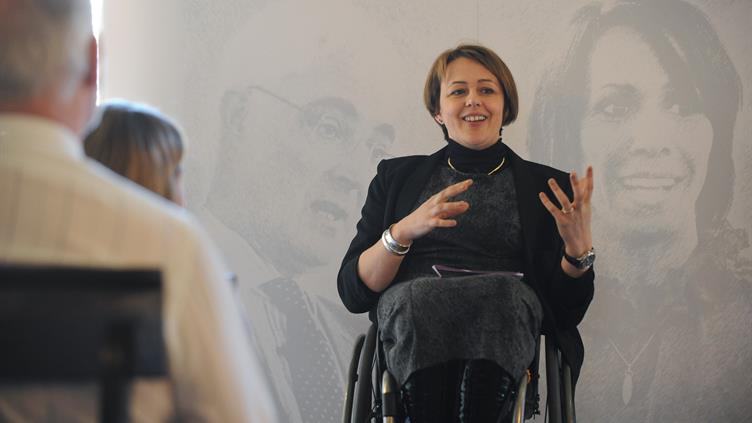 Having won 11 Paralympic gold medals, held 30 world records and been crowned the winner of the London Marathon's wheelchair race six times in her sporting career, Baroness Grey-Thompson now works tirelessly in the areas of disability rights, welfare and sport and has become an active crossbencher in the UK's House of Lords.

Her presentation at IOSH 2017 will open the second day of the conference, which is due to be held at the International Convention Centre (ICC), in Birmingham, UK, on 20-21 November.

"I have seen and been involved first-hand in the planning and assessment of risks that go on at major sporting and public events.

"It is therefore great to be working with an organisation such as IOSH who are ensuring that health and safety professionals, who carry out such vital roles, are skilled and empowered to do so effectively."

The Institution is organising every aspect of the conference for the first time this year using feedback from past conference delegates, IOSH members and occupational safety and health professionals (OSH) to shape proceedings.

Transforming health and safety across the world will be the theme, with insight to be provided by world-leading experts from a variety of different sectors.

Of Baroness Grey-Thompson's involvement, IOSH 2017's conference producer Sue Bull said: "Tanni has been an inspiration to millions in whatever she has done on the track, as a campaigner or in parliament.

"We are delighted to have her involved at this year's conference as I am sure her words will prove equally as inspirational for delegates at IOSH 2017."

Sue added: "The best learning can come from those with different experiences and understanding so by involving a range of people from different sectors, such as Tanni, we hope it will lead to a thought-provoking conference."

An early bird ticket price is available for those who book their conference passes before 31 July, while IOSH has also introduced a range of new ticket deals including special rates for full-time students and apprentices.

Online bookings can be made at www.ioshconference.com. For general conference enquiries email [email protected], or call +44 (0)116 257 3129.