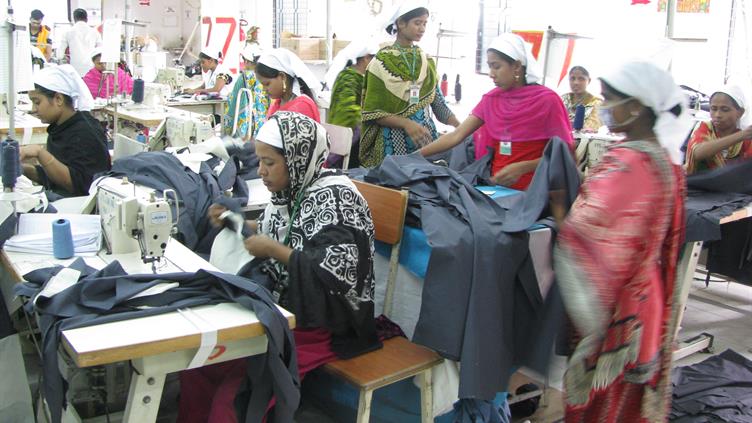 Up to 30 people will undergo training to ensure they are able to deliver workshops, initially in ready-made garment factories in Dhaka and Chittagong.

It is part of the OHS (Occupational Health and Safety) Initiative for Workers and Communities, a three-year project which has been co-funded by IOSH.

As well as identifying trainers, staff from the initiative have developed the curriculum for the 'train-the-trainer' courses, the first round of which will take place this summer.

The first cohort of trainees will have a five-day introductory course at the end of July. Once specific health and safety requirements have been identified, they will have more specific courses in August.

Between 25 and 30 people are expected to be trained in the first year of the project and 75 people over the three-year period.

As well as IOSH, other organisations to fund the project are the World Solidarity Movement (WSM) in Belgium, the National Fire Protection Association (NFPA) in the USA, LUSH Cosmetics "Charity Pot" in Canada, and a group of anonymous donors in San Francisco, California. Together they have provided more than $53,000 for the first year.

Garrett Brown, Co-ordinator of the California Collaborative, said: "We are very excited that the train-the-trainer courses will begin this summer.

"Expanding the repertoire of topics of the Dhaka organisations' experienced trainers to include key OHS themes will help grassroots-level workers identify workplace hazards, know the possible controls, and protect their co-workers and themselves on the job."

Richard Jones, Head of Policy and Public Affairs at IOSH, said: "We're delighted that trainer recruitment is underway for this valuable new initiative.

"It's vital that practical health and safety capacity is developed and we're very pleased to support this important joint-project. Building essential health and safety skills can help save lives and prevent injury and disease, as well as support businesses and communities."

As the project develops it will expand to other major industries, such as tanneries, construction and ship-breaking.

For more information about IOSH's work in this area, click here.