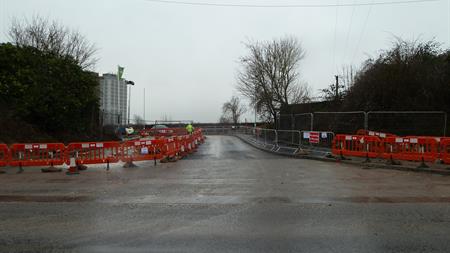 Network Rail had appointed BAM Construction to construct a new railway operating centre in Basingstoke and the firm had contracted Shoreland Projects for the groundworks.

A Health and Safety Executive (HSE) investigation found that when work began to install lampposts on the site entrance road on 26 January 2015, Mark Bradley was using an excavator to lift the posts into position. Bradley was moving the fifth lamppost when it touched the overhead power line. He was electrocuted and received serious burns to his neck. A colleague rushed to his aid and used a piece of timber to push him away from the post.

The HSE identified a number of serious failings. Neither BAM Construction nor Shoreland Projects had identified the presence of the overhead power lines, so there were no control measures to prevent contact with them. The failure to control the risk posed by the live conductors had put a number of workers at risk.