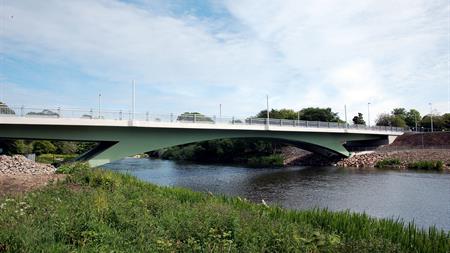 Aberdeen Sheriff Court was told that a wheeled excavator was slewing after being refuelled when it struck construction worker Ian Walker, who was an employee of Balfour Beatty Group Employment, on 13 January 2016.
He was caught between the fuel tank and the excavator and killed, The Press and Journal reported.
The Health and Safety Executive (HSE) investigation found that Balfour Beatty Civil Engineering (BBCE), as principal contractor, had identified the refuelling activity as "high risk" and created a task briefing document detailing a safe system of work. However, the measures existed only in a documentary format and were not applied at the construction site.
BBCE pleaded guilty to breaching reg 13(1) of the Construction (Design and Management) Regulations 2015, which states: "The principal must plan, manage and monitor the construction phase and coordinate matters relating to health and safety during the construction phase to ensure that, so far as is reasonably practicable, construction work is carried out without risks to health or safety."
After yesterday's hearing, HSE principal inspector Niall Miller said: "This was a tragic and wholly avoidable incident, caused by the failure of the civil engineering company to implement safe system of work, and to ensure that health and safety documentation was communicated, and control measures followed."
Last December Balfour Beatty Rail was fined £333,000 after a crane operator was struck by a road rail vehicle at Whitechapel station in London and sustained life changing injuries.
In June 2018 Balfour Beatty Utility Solutions (BBUS) was found to have exposed workers to the risk of developing hand-arm vibration syndrome for nine years, resulting in a £500,000 fine.
Balfour Beatty Regional Construction (BBRC) was fined £500,000 in July 2017 after workers were exposed to asbestos during a school refurbishment in Waltham Forest, London. BBRC was also fined £230,000 earlier that year over a floor collapse.
In 2016, BBUS was handed a £2.4m fine following a fatal trench collapse, and BBCE had to pay £1m after a roadworker died when he was hit in the head by a mobile crane.
Topics
Safe systems of work
Workplace transport
Construction
News