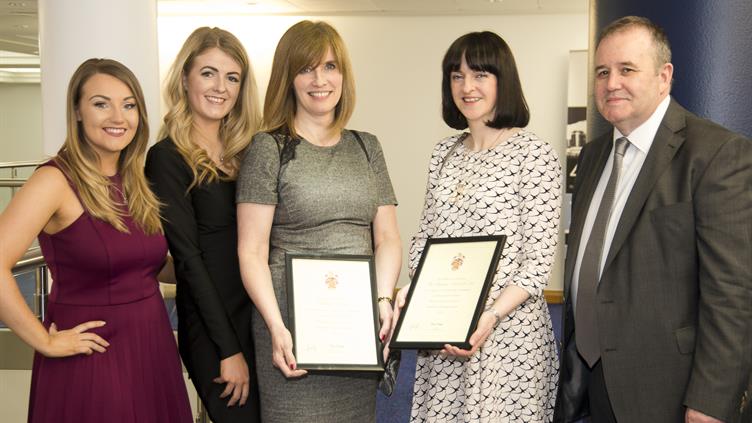 The IOSH West of Scotland Branch is holding its Certificate of Merit Awards for the 25th year, to recognise the efforts of non-OSH professionals to keep themselves and colleagues out of harm's way.

IOSH members are being encouraged to send in their nominations ahead of the deadline of Friday 10 March.

Fraser Allan, an executive member of the branch's committee, said: "Employees at all levels of an organisation are responsible for health and safety, not just the OSH professionals.

"They are the eyes and ears, the ones who can spot hazards and take action. These awards recognise the fantastic role that people play in making sure that they are their colleagues can return home safe and sound at the end of their working day."

Last year's award winners included staff at the Glasgow School of Art for their work following a large fire in 2014.

The 2017 awards ceremony will be held along with the branch's annual dinner at Hampden Park Stadium, Glasgow, on Thursday 27 April.

As well as the awards there will be a talk by popular after-dinner speaker and retired solicitor Len Murray.

Fraser added: "These awards are now in their 25th year. They have been hugely successful. We get to hear some fantastic, inspirational stories about how safety and health is implemented in a business setting.

"We need IOSH members to send in their nominations. Yes, they are the ones who are the safety and health professionals. But for OSH management systems to be successful they need buy-in and support from staff throughout. This is their chance to be rewarded."

Nominations must be received by Friday 10 March and can be for individual people or for groups of up to ten. For more details on submitting a nomination, or to book a place at the awards ceremony, click here.