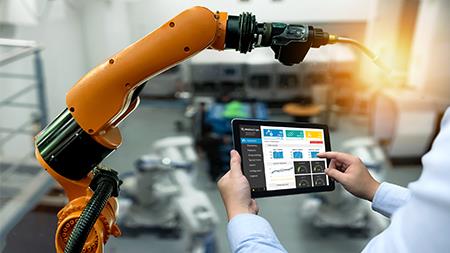 Technological Change and the Scottish Labour Market, by the Scottish Government and the Scottish Trades Union Congress (STUC), has called for more workplace control over new technologies to ensure that employees' safety and health, as well as skills development and workplace security, are guaranteed when new systems are introduced.

It presents evidence of the way that artificial intelligence scheduling and new data-inputting systems are being imposed in workplaces including shops, call centres, and public services offices, leading to increased stress and workloads.

According to figures compiled by the Health and Safety and Executive (HSE) from the Labour Force Survey, 100,000 people in Scotland reported an illness caused or made worse by work between 2014-15 and 2016-17, an increase on the previous reporting period. Two-fifths of them (41,000) cited stress, depression or anxiety, while 38,000 said they had musculoskeletal disorders.

The report says: "In workplaces across the private and public sectors unions are reporting that workloads are increasing and stress, burnout and mental ill-health are becoming more prevalent [-¦] While automation may be a tool to enhance wellbeing and job quality, there is also a risk that it will further pressurise those already under pressure in the workforce."

An STUC survey of union branches across Scotland found some workers felt they were being micromanaged as automation allows for higher levels of performance management. Others complained of being under pressure to reach unrealistic targets, in the distribution sector for example.

"In these cases it is not the technology itself that is the cause for concern, but the way in which it is being used to support unfair management practices," one respondent said.

The Union of Shop, Distribution and Allied Workers reported employers using automation to schedule workers' shifts around busy periods. The impact of employees' hours changing from week to week can be negative, the report says.

Scheduling technology can also result in employees working very short shifts to fill in gaps in the schedules, meaning they spend as much time commuting as they do completing their shift.

One of the more positive features of automation and digitisation highlighted by unions in the survey was the support it gives to flexible working and working from home and in other locations. However, this can also have a negative effect on workers' wellbeing, the report said.

Technology can increase working hours and blur the lines between work and home life. One union identified this as a particular issue for younger workers who can feel a greater pressure "to be available for their employer at all times".

It could also enhance feelings of isolation in the workplace as contact with co-workers is reduced.

The report reflects concerns over the rise of zero-hours contracts. It highlights how apps used by companies like Uber and Deliveroo are leading to "over-reliance on forms of self-employment that deny workers holidays, guaranteed hours, and other benefits".

Some 71,000 people in Scotland reported being on a zero-hours contract in October to December 2017, around 2.7% of all those in employment.

Grahame Smith, STUC general secretary, said: "Automation represents a major challenge to how work is organised, but it is still unclear how it will affect the quality and type of work in the long term. Predictions swing between utopian versions of emancipation through technology, to dystopian views of severe inequality.

"The STUC and the Scottish government report cuts through this debate to recognise both the positive and negative impacts off automation.

"In all cases, workers must be involved in how automation is introduced, shaping or controlling their own workplaces through collective trade union involvement. Otherwise we are likely to see automation pursued as a cost-cutting, profit-driven measure, implemented without proper training or controls, or used to abuse staff with inappropriate targets or high levels of surveillance."