Keeley Downey is acting deputy editor of IOSH Magazine. She is a former editor of Biofuels International, Bioenergy Insight and Tank Cleaning Magazine. 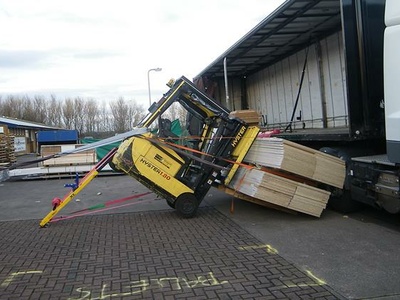 Howdens Joinery was prosecuted at Carlisle Crown Court after it pleaded guilty to breaching ss 2(1) and 3(1) of the Health and Safety at Work Act. It must also pay costs of almost £34,000. The court was told that Richard Brown had been delivering kitchen worktops to the company’s premises at Clay Flatts industrial estate in Workington when the accident happened in November 2014.A forklift truck was being used to unload two pallets from the heavy goods vehicle when it overbalanced. It fell on Brown and he died at the scene.
Open-access content
Subscribe