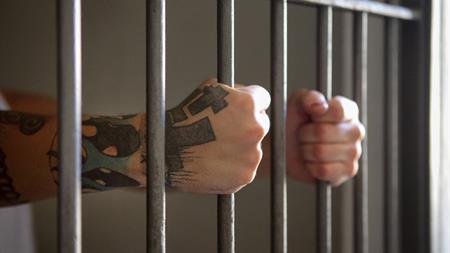 In his first report, Annual Report 2015-16, published on 25 July, chief inspector of prisons for England and Wales Peter Clarke said: "We should not forget the dangers faced by staff who work in our prisons and other places of detention. The tragic death of court escort officer, Lorraine Barwell, killed by a prisoner at Blackfriars Crown Court in June 2015, serves as a stark reminder of this."

The report's assessment is based on 34 prison and young offender institution inspections. It found that four of these prisons/institutions ranked "poor" in terms of safety, while ten were ranked "not sufficiently good". Twelve were "reasonably good" and eight were "good".

"With only a few exceptions, the frequency and seriousness of acts of violence had increased in men's adult and young adult prisons," the report says.

It found the highest incidence of violence was at Doncaster prison in South Yorkshire. In 2015, there were 125 assaults against staff and "an astonishing" 698 attacks in total, not including 81 fights.

At Ranby prison in Nottinghamshire, where both staff and prisoners reported feeling unsafe, there has been a sharp rise in serious violent occurrences and a significant increase in assaults against staff, "including some extremely serious acts of violent mass indiscipline".

The reasons cited for the increase in violence inside Ranby include regime restrictions, a lack of activity, debt and the emergence of new psychoactive substances (NPS).

The report claims that much of the increased prison violence can be attributed to NPS, which, it says, "are having a dramatic and destabilising effect in many prisons".

Spice and mamba -- cannabis substitute drugs -- are becoming increasingly widespread throughout prisons in England and Wales. They are said to be worsening violent behaviour and their use can be linked to attacks on staff and other inmates.

Clarke said the "grim situation" outlined in last year's report is now "even worse" in some areas.

IOSH head of policy and public affairs, Richard Jones, said: "Urgent action is needed to address the serious and worrying rise in assaults on prison officers. We urge the government to [-¦] to produce an action plan and quarterly progress reports. Those working in our prison service must have their health, safety and wellbeing adequately protected."

Some prisons have been managing violence with success. Liverpool, for example, where the levels of violence have remained the same, carried out early interventions among gang members and organised information/training sessions about gangs, guns and knives.

And at The Mount in Hertfordshire, a cognitive skills programme focused on thinking and behaviour was available to inmates with a history of violence and bullying. It has also implemented another programme known as GRASP (gangs, responsibility, antisocial behaviour, segregation, positive change), that includes one-to-one sessions with staff. The initiative "is being expanded and looked promising", the report revealed.