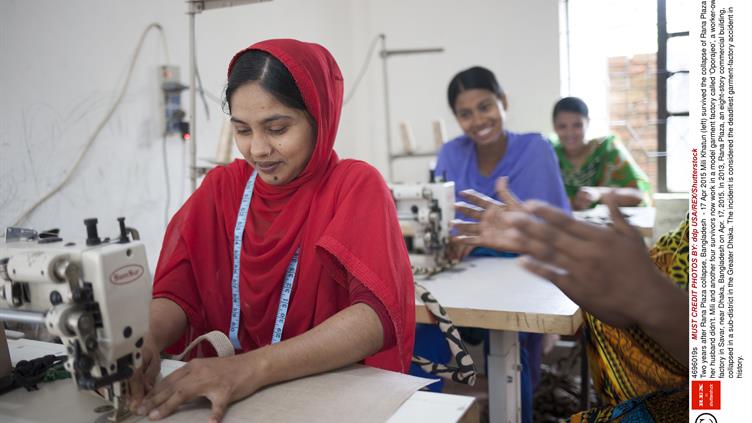 More than 200 clothing companies, retailers and importers from over 20 countries in Europe, North America, Asia and Australia have so far have signed the agreement. They include Abercrombie & Fitch, Adidas, C&A, Debenhams, Hugo Boss, John Lewis, LC Waikiki, and Marks and Spencer.

The accord has also been signed by the trade union federations IndustriALL Global Union and UNI Global Union, as well as eight Bangladesh trade unions and four non-governmental organisations.

More than 1,000 of the country's garment factories that supply the signatory brands will be covered under the new accord which, in addition to continuing its commitment to transparency, will ensure expert building safety inspections are extended for all factories it covers.

It will also enhance protections for workers whose factories are closed or relocated due to the implementation of the agreement, and will extend safety committee training.

The new three-year agreement will take effect in May 2018, building on the first Bangladesh accord that was signed in 2013 in response to the Rana Plaza building collapse. It currently covers more than 2.5 million workers.

Under the first accord, IndustriALL said that engineers carried out fire, electrical and structural safety inspections at more than 1,800 factories and identified 118,500 hazards. Seventy-nine per cent of workplace dangers identified in the original round of inspections were eliminated.

The International Trade Union Confederation has welcomed the renewed commitments and called the agreement "a further step towards protection of workers and a means to improve Bangladesh's garment industry, which has suffered massive reputational damage over the 2013 Rana Plaza factory building collapse that killed 1,100 workers".

Its general secretary, Sharan Burrow, said it "will provide vital protections for workers who, while producing vast export wealth for Bangladesh, are at risk of workplace injury or death. Local factory owners are putting pressure on the government of Bangladesh to turn back the clock to the days of Rana Plaza, and we urge the government to give its full support to the tens of thousands of workers who produce that wealth, by backing the new accord."

IndustriALL general secretary, Valter Sanches, said: "Brands' renewed commitment to factory safety in Bangladesh is a vote of confidence in the accord. The accord is, at present, the only credible option for health and safety in Bangladesh garment factories. It shows that industrial relations can be used to save lives and improve global supply chains."

Christy Hoffman, deputy general secretary of UNI Global Union, added: "Our aim is to create a global economy which respects the lives and dignity of all workers and the accord is a big step along that path."