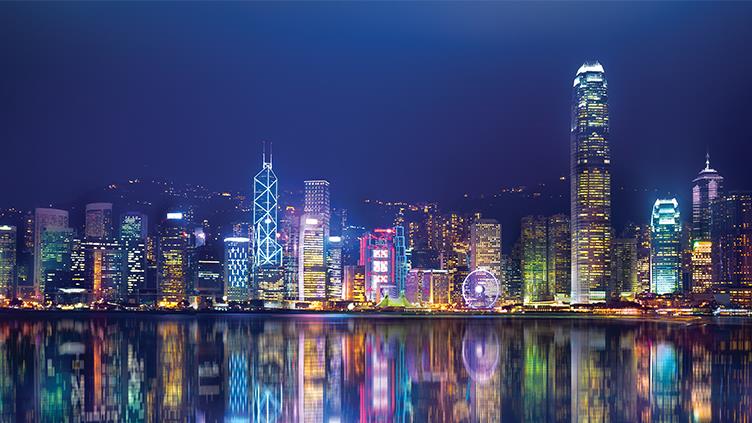 But delegates were told about initiatives throughout the region to try to curb that total. Ho cited Singapore's Jurong Island Vision Zero Cluster.

Launched less than two weeks before the two-day conference, the group of 25 companies operating on the island has pledged to share best practice and learn from each other's experiences to reduce occupational accidents and disease.

Elsewhere, New Zealand's workplace safety and health regulator WorkSafe launched its Be a Safe Guy campaign last October, focusing on Maori male workers whose serious injury rate is 33% higher than that of the total population.

More than 4,500 Bangladeshi workers have received safety and health training as part of the OHS Initiative for Workers and Communities project set up in response to the Rana Plaza building collapse that killed 1,134 people in Dhaka in 2013. Meanwhile, harsher penalties have been imposed in Western Australia for employers that breach safety and health laws.

In Hong Kong -- where APOSHO 33 was held -- politicians are looking at how innovative technologies can help to "curb systemic safety risks at the source" in high-risk industries such as construction.

Dr Wai-Kwok Lo, who chairs the Business and Professionals Alliance for Hong Kong political party, told the opening session that the government was promoting the use of modular construction. Also gaining traction was building information modelling (BIM) -- the computerised process for recording and managing information throughout a project's lifecycle.

"BIM can be the solution to improve the safety problem on construction sites," he said.

In a session on safety in design, Ada Fung, chair of the Construction Industry Council's BIM committee and former deputy director of housing at the Hong Kong Housing Authority, said BIM could be used from design and construction to demolition, where it can identify temporary works and optimise task sequencing.

Using steel reinforcement bar bending as an example, she said: "My dream is that BIM can enable bars to be designed, fully modelled, bent, delivered, fixed, and measured for payment by full automation. And if this can be applied to all trades, the final account can be settled immediately upon completion.

"Furthermore, automation and robotics in construction may enhance productivity in the face of an ageing workforce and technical advancement in construction technology with more sophisticated application of IT."

In answer to a question about the use of BIM in safety training, Fung said its "visualised and dynamic presentation" could communicate foreseeable risks and hazards to workers on the ground during safety briefings. When combined with virtual reality technology, BIM could create "realistic hazardous situations for workers' training", she added.

Er Ho Siong Hin, commissioner for workplace safety and health at Singapore's Ministry of Manpower, said the number of mobile crane collapses in the state had "dropped to near zero" since they were equipped with data loggers three years ago to improve lifting practices.

The commissioner gave delegates a first glimpse of the country's ten-year strategy ahead of its official launch, due soon. Developed by the WSH2028 Tripartite Strategy Committee, the strategy aims to deepen workplace safety and health ownership by businesses and employees, renew the focus on workplace health, and promote the spread of technology to support OSH.

The success of the new strategy, he explained, would depend on stakeholder collaboration, including trade unions, developers, employers and insurers, to "position workplace safety and health as a competitive business advantage and to promote transparency".

He said: "The key thing is alignment. You can have the best plan in the world and a very ambitious target but [you won't achieve it if] everyone is doing their own thing. You need a lot of collaboration and communication."

The Dumb Ways to Die public service campaign (www.youtube.com/watch?v=IJNR2EpS0jw) shows cartoon characters killing themselves in ridiculous ways -- "keep a rattlesnake as a pet; sell both your kidneys on the internet" -- before the final three succumb to the "dumbest way to die" by straying on to rail tracks and are hit by trains. The video was originally created by Metro Trains Melbourne and has had more than 174.5 million views on YouTube.

"Humour is the best [way to engage your audience] because people will want to see it again," explained Yau. "Use fear and emotional appeals very sparingly."

OSHC senior consultant Toran Law reported on the results of a 2017 survey on occupational burnout (described as a state of "vital exhaustion" by the World Health Organization).

The survey was based on the Copenhagen Burnout Inventory. It included a set of questions such as "Are you exhausted in the morning at the thought of another day at work?" and "Do you have enough energy for family and friends during leisure time?". Nearly 2,000 participants answered using a five-point scale.

The average "burnout score" among workers in Hong Kong was found to be 41.2. Law said: "This is close to the moderate level of 45. If we look at other regions' scores, such as Taiwan (37.8) and Romania (33.7), Hong Kong has the highest burnout score. How to deal with burnout is one of the major challenges in Hong Kong and we should think more about how to control it."

On a more cheerful note, Dr Constance Chan, director of health at the Department of Health in Hong Kong, gave an overview of the Joyful Healthy Workplace Charter, whose signatories are offered mental health first aid training as well as other occupational wellbeing tools such as workshops on healthy eating and exercise.

She said "the lower level of awareness of symptoms of common mental health problems" usually occurred in 18- to 44-year-old males who earned the higher monthly household income.