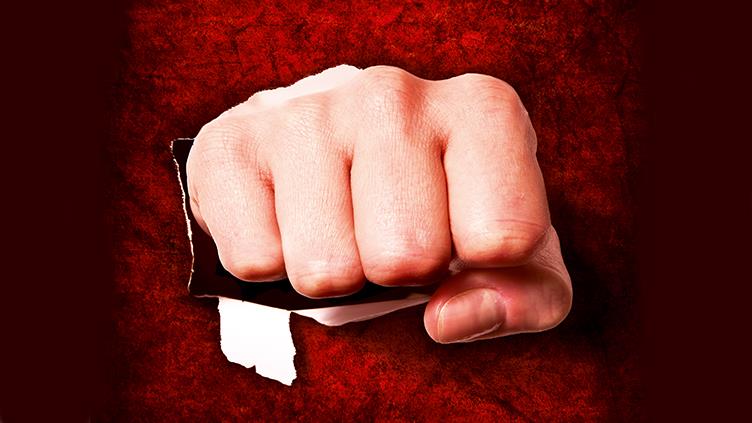 Workplace violence is a well-recognised risk for staff in the security and healthcare sectors but it has become a concern for organisations as diverse as high street retailers, utility companies and government bodies. Statistics from the National Board for Crime Prevention found that 70% of physical attacks on workers arise when they are attempting to prevent theft, dealing with angry customers or troublemakers.

The Health and Safety Executive defines workplace violence as "any incident in which a person is abused, threatened or assaulted in circumstances related to their work". Abuse and threats are more common than physical violence, and employees who are frequently subjected to these may develop physical ill health through workplace stress. This in turn is often associated with absenteeism and high levels of staff turnover. It is fair to say that no employee should be prepared to tolerate abuse as part of their job.

The legal skeleton of an employer's responsibility in the UK has two facets: the duty to ensure, so far as reasonably practicable, employees' safety under s 2(1) of the Health and Safety at Work Act; and to assess risks and introduce controls under reg 3 of the Management of Health and Safety at Work Regulations 1992. If a risk cannot be controlled by other means, the employer may be required to provide suitable protective equipment.

The flesh on those bones is provided by case law and the way courts interpret the extent of the employer's duty and the definition of reasonable practicability. Employees who claim compensation for employer failings often cite three risk factors.

First is staffing. The fact that people working alone are at higher risk of workplace violence must be taken on board in the risk assessment, but it is a myth that simply providing an extra person reduces the risk of robbery or an assault.

In the Scottish case of Collins v First Quench Retailing [2003], an off-licence manager was awarded more than £100,000 in damages for injuries sustained in a robbery on the dubious conclusion of the court that the risk of robbery would have been significantly reduced had the business employed a second assistant at the shop. This decision was not followed in England in O'Toole v First Quench [2005], when the court found that it was unreasonable for an employer to "double staff" purely as a deterrent against robberies.

If an employee attacks a colleague, an organisation may be found liable if the cause of the dispute had arisen in connection with their work

This decision was followed in the Court of Appeal in Mitchell and others v United Co-operatives [2010]. Here, three female staff sought damages from their employer for post-traumatic stress disorder and anxiety problems caused by robberies at the late-opening convenience store they worked in. The court found that the employer had not breached its duty to take reasonable care by failing to provide full-time guards and physical barriers such as screens. Given the nature of the store, these were not appropriate.

There may be genuine reasons to provide extra staff after a risk assessment as a direct response to an increased risk, for instance in a police custody suite or for medics who deal with a patient prone to violent outbursts. However, employers should be cautious against simply doubling up staff as a knee-jerk reaction because an incident such as a robbery has occurred if they have provided other security measures.

There have been several successful civil claims when an employee has argued that their employer's failure to pass on important information as to a specific risk has left them vulnerable to attack. In Mongley v Birmingham City Council [2006] a teacher was awarded £300,000 in damages and in Waugh v Newham London Borough Council [2002] another received £20,000 because her employer had failed to warn her of pupils' known dangerous behaviour.

In Lloyd v Ministry of Justice [2007], a prison officer was injured in an attack by an inmate. The prisoner had committed 20 violent incidents while incarcerated, 14 of which involved attacks on prison officers. There was, however, no record of this in the history sheet by his cell. The guard entered the cell alone and was struck so hard that the injury ended his career. He issued proceedings against the prison service for failing to provide him with a safe system of work. The court held that the employer had failed in its duties by not alerting the guard to the prisoner's violent history.

The case emphasises the need to pass on information to staff. If changes occur that increase a risk, new information needs to be passed on to employees and the risk assessment updated.

Common violence risk mitigation measures include training on how to deal with angry customers and de-escalate a potentially violent situation.

In the security sector, where there is a greater risk of physical attack, the use of physical intervention may be justified. For those working alone in the community, from healthcare workers to parking enforcement officers, controls include personal panic alarms, mobile phones or remote monitoring.

However, these measures are not always enough and employers have to consider other forms of protection. In Henser-Leather v Securicor Cash Services [2002] a cash-in-transit security guard was shot while collecting takings from a service station. The Court of Appeal found there was a real risk of life-threatening injuries to internal organs and therefore his employer was in breach of duty in failing to provide him with body armour.

In Yorkshire Traction v Searby [2002], a bus driver alleged that his employer should have provided a screen to prevent him being punched and injured by a passenger. The employer successfully defended the claim on the basis that screens were not reasonably practicable, a view supported by other drivers and the trade union. They were concerned that screens might make drivers feel claustrophobic and adversely affect their driving by creating reflective glare at night. Nevertheless, full or part-screens on public transport are now commonplace, together with closed-circuit TV equipment.

Occasionally, staff may overstep the mark and abuse or injure customers or those to whom they are providing a service. It is well established that an employer will be vicariously liable for the actions of their employees performed during their duties.

The courts have taken a broad view on the actions and activities that may be regarded as being "in the course of employment". In Mattis v Pollock [2004] the employer of a nightclub doorman who paralysed a claimant was found vicariously liable for what his employee had done. The doorman had been embarrassed during a confrontation with a small group of males at the entrance to the club. While on duty, he went home, returned with a knife and stabbed the man outside the club.

Only last year, the judgment in Mohamud v WM Morrison Supermarkets caused much publicity. A supermarket employee engaged to serve customers at a petrol kiosk took exception to a customer asking him to copy a document for him. The employee followed the customer to his car and beat him up.

The court found that the employee was acting in the course of his employment and therefore his employer was liable for his actions. The lesson here is that, despite an employer's best training endeavours, it is not always possible to guard against the actions of its staff.

If an employee attacks a colleague, an organisation may be found liable if the cause of the dispute had arisen in connection with their work -- a dispute between a manager and a member of their team in relation to work instructions, for example. Even if the violence is not connected with work, an employer may be found liable if they failed to take action after earlier reports of abuse or threats in the workplace that escalated into an attack.

Sometimes confrontation cannot be avoided. In such cases an employer can escape liability if the employee did not use excessive force and if the risk of violence was higher than average, as with door supervisors or the police. Such staff must have been adequately trained in the principles of physical intervention and de-escalating high-risk incidents.

In R v Keane, R v McGrath [2010] it was found that it was no defence to a charge of grievous bodily harm to prove that the injured person was the original aggressor. The test on self-defence is whether the force used was reasonably necessary. In the surprising case of Smith v Youth Justice Board [2010] an officer in a youth detention centre claimed damages for psychological injury as a result of the death of an offender. Smith failed in her claim; together with a colleague she had caused the death of the young offender by applying a method of physical restraint that had led to asphyxiation.

Violence by subcontracted staff can still result in liability for the client organisation. The Court of Appeal in Hawley v Luminar Leisure and others [2006] dismissed an appeal from nightclub owner Luminar which was held to be wholly liable for the actions of a doorman who had punched a customer so hard that it caused brain damage.

Luminar had subcontracted door supervision to security company ASE. Nevertheless, the court held that, when applying the "control" test, the doorman was for all purposes -- save for payment of wages and the right to dismiss -- an employee of Luminar who had been seconded by ASE. As a consequence, Luminar was found wholly and vicariously liable for the actions of the doorman.

The message for employers is to take workplace violence seriously. It can arise in any workplace and be triggered by all manner of circumstances. Dutyholders should at the very least undertake a preliminary risk assessment by talking to their employees to find out whether there is a risk of violence or abuse in their organisation and how, when and where, either can occur. It is only then that employees can identify the extent and nature of the risk and introduce abating measures such as training and physical controls.