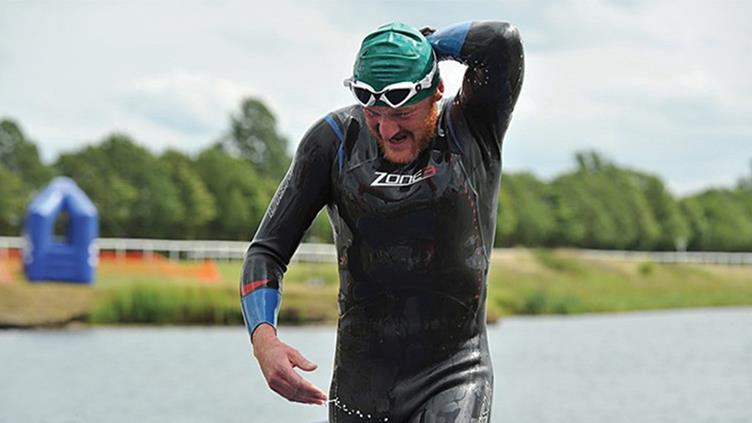 I had three months recovering at home. After I went back to work, one day a guy turned up in the morning with his bike and I thought it would be good to try cycling in. So I started cycling to work, and I also got back into my running.

Then another lad at work said: "Do you fancy trying a triathlon? Can you swim?" At the time I couldn't do front crawl, but I thought, I can do the run and the bike, so I'll learn the swimming -- and I joined a swimming club to improve. 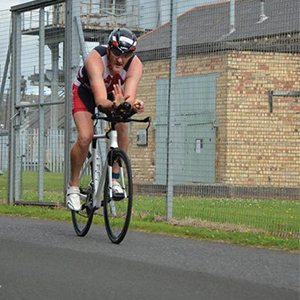 The first time I did open-water swimming was quite funny. I'd only been in the sea once to try out the wet suit, so when I did an event I was shocked just how far 750 m is! I was second last in the swim, but I caught up a bit in the bike and the run. I realised it's all about technique, so I practised open-water swimming and learned to breathe bilaterally -- on both sides of my body -- and it made a massive difference. In the same race a year later I was five minutes quicker in the swim, but that year the race had been designated a European Championship qualifier so I came out of the swim last in my age group, though it didn't matter to me. Now when I compete I'm usually in the top half. It's all about training and technique.

I see various specialists regularly to manage the disease -- ear, nose and throat, eyes, respiratory and rheumatology experts -- as well as my GP. WG is a complex disease with no cure. In 2014 I had a flare-up and I had to withdraw from several triathlons while I underwent more chemo. Once I was out cycling when the hospital called to say that tests had revealed a clot in my jugular vein. I was called back in straightaway and arrived in cycling shorts -- only to be admitted for 12 days while I received anti-coagulants.

In 2016, I had another flare-up the day after a duathlon. Because of my fitness the doctors said I could try a new, aggressive drug that would be delivered over two weeks, rather than the chemo, which entails six months out of action. Though the drug left me tired, I've been okay since. 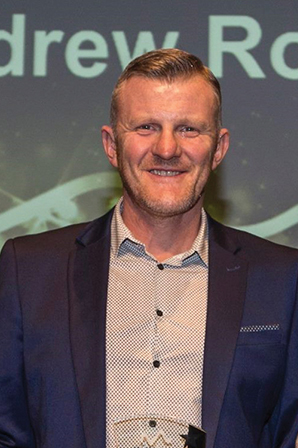 This year I signed up to do eight events, including triathlons and duathlons. Duathlons are run-bike-run events and tend to be in winter. I enjoy them all, but you do work hard in a duathlon; in a triathlon, you get to lie down during the swim! I did the Washington duathlon in Tyne and Wear earlier this year and came third in my age group.

I've won various physical achievement awards. People tend to get hooked on reducing their times, but I want to enjoy the sport too: it's a massive mental boost to take part, and it proves that a disease like mine doesn't have to stop you doing things. The medics do sometimes get nervous, especially about open-water swimming because of the risk of things like Weil's disease, so I'm very careful. I risk assess, and there are some events I won't do because of the location of the swimming -- for example, in a lake with a sewage pipe running beneath. But there are some fantastic lakes in the North East, with crystal-clear water. My favourite event is in North Yorkshire at Ripon racecourse, which has a lake in the middle. Last year it was a world championship qualifying event: 2,000 people turned out and it was really well organised.

I never swim on my own: I buddy up, and we usually have someone spotting on the beach. At some events, they tie a buoy to you and you wear a timing chip so the organisers can track your progress. You fill in a medical form before events and I always record that I have WG. If the organisers Googled it, they'd probably have a heart attack!

I'm just a normal person and I'd recommend triathlons to anyone, no matter what age or size. In other sports people seem to want to kill you -- I used to play Sunday league football and that's how it felt! But in triathlons, they want to help you; just look at the Brownlee brothers in Mexico in 2016 when Alistair sacrificed first place by helping an exhausted Jonny over the line. I've seen teammates swap bikes when someone with a chance of qualifying for a championship has had a puncture. That's just how this sport is.