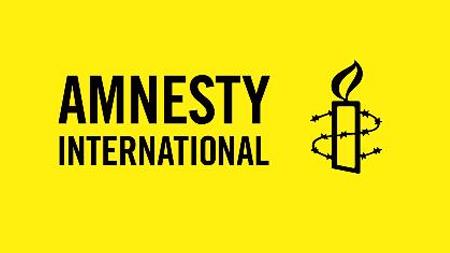 The review into the non-governmental organisation's (NGO) workplace culture was commissioned after two staff members took their own lives last year.
The KonTerra Group report (bit.ly/2S66Jwr), which drew on electronic survey findings from 70% of Amnesty International's workforce (475 staff members), as well 75 staff interviews, found that workload and management culture were behind the top five reported sources of stress. A significant proportion of staff (39%) reported that they had developed mental or physical health issues as a direct result of working for the human rights champion.
The report, which has been led by an assessment team comprising international psychologists, found that Amnesty International's recent restructuring process was a significant contributor to staff pressures.
Driven by the global transition programme (GTP), the reviewers found the restructuring had "exacerbated already existing tensions by creating significant disruptions to team structures and resulted in further divisions between staff and leadership at many levels".
As the GTP unfolded, many long-term and experienced staff left the NGO, taking with them decades of institutional knowledge and expertise. Many reported being "pushed out", leaving remaining, long-serving staff to take on their former colleagues' work.
The reviewers noted that many line managers felt considerable and competing pressures, which were caused by heavy workloads, having to respond to senior managers' demands and managing their own staff with limited time and resources.
In many cases managers were "currently being overwhelmed by their own responsibilities, being unavailable, being unable or unwilling to help their reports prioritise their work, and generally failing to provide effective guidance and connection as a manager".
Although the survey results showed that many staff reported having a good relationship with their individual line manager and felt they supported staff wellbeing, there also appeared to be a strong "us versus them" dynamic in the NGO and a "troubling lack of trust in the senior leadership team".
The review found the number of accounts of bullying, racism and sexism was "disconcerting".
Details about these accounts will be presented to Amnesty's secretary general in a private report with a recommendation that they be properly investigated by an external provider.
One of the report's main recommendations is that Amnesty should provide more and better counselling access, improve crisis and critical incident response protocols, and further educate managers and staff about resilience and supporting others in distress.
The Guardian reported that Kumi Naidoo, Amnesty's secretary-general had called the review "a difficult and profoundly troubling read" but had added that he would bring forward a reform plan by the end of March.
The NGO's management failures were first highlighted last year when an independent external review by employment lawyers Matrix Chambers found Amnesty International had failed to support long-serving researcher GaÃ«tan Mootoo, who killed himself after complaining of stress and overwork.
Six weeks later, Rosalind McGregor, 28, an intern at Amnesty's Geneva office, killed herself at her family home in Leatherhead, Surrey. A separate inquiry into her death concluded that she had been distressed for "personal reasons" and that the NGO bore no responsibility for her death.
Topics
Bullying
Wellbeing
Third sector
News