Steven Brown, 61, was working on Eastgate Street when he dug into a concrete box that shielded a live 11,000v cable, Gloucester Crown Court was told. He received an electric shock and his clothes caught fire. He sustained burns to his face, chest, arms, hands, legs and stomach.

Gloucestershire Live reported that Brown was employed by Richens, Gloucestershire County Council's highway contractor, which Amey had asked to carry out the work. 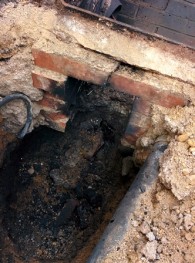 The Health and Safety Executive (HSE) found that Amey had failed to provide the workers with enough information on the location of underground services in the area. Its supervision of the work was inadequate, the executive said.

Amey pleaded guilty to breaching reg 25(4) of the Construction (Design and Management) Regulations 2015, which states that construction work must not be carried out near an underground service until steps have been taken to mitigate the risks.

After the hearing, HSE inspector Helena Tinton said: "This man suffered life changing injuries as a result of this incident. He's not been able to return to work, he still can't use his hands properly and has been left both physically and mentally scarred by what happened."

Amey's website states: "Injuries are not inevitable, harm is not acceptable and risks are ours to manage. Keeping people safe, every day is the absolute minimum standard we will accept and we must all behave in the right way to sure it happens."