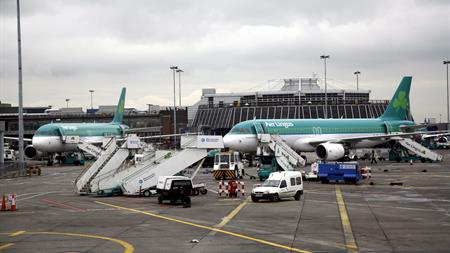 Driver John Murray, who was employed by a logistics company, was collecting packages at an Aer Lingus cargo warehouse at the airport on 5 November 2014. He fell from a loading bay and died of head trauma some days later.
The airline failed to apply its own procedure, the Central Criminal Court was told, which required drivers to enter and leave the warehouse via stairs and a doorway adjacent to the loading bay.