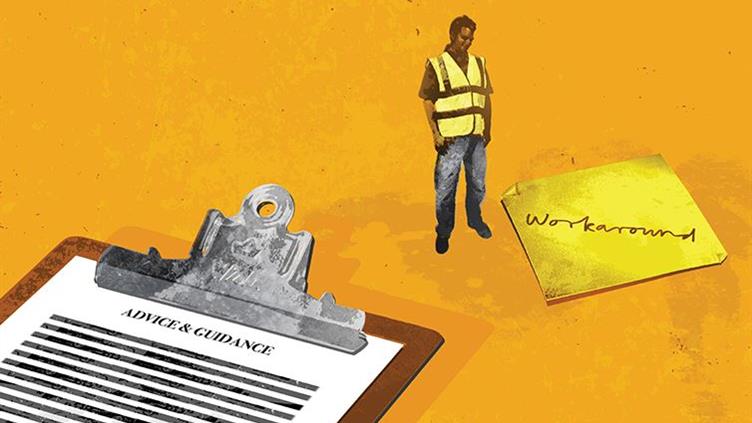 One of the trends analysed in the six research studies that composed IOSH's Health and Safety in a Changing World project, summarised previously in IOSH Magazine, was the challenge posed by an economic shift from heavy, hazardous raw materials handling and manufacturing in Western economies to white collar work and lower-hazard industries such as logistics, retail and component assembly.

In the chapter in the new book summarising their study Health and safety knowledge in networked organisations, Dr Alistair Gibb, Royal Academy of Engineering professor of complex project management at Loughborough University, and colleagues set out the nature of the challenge. That is, to understand how managers and workers influence the OSH knowledge in networked organisations, and how it is distributed. 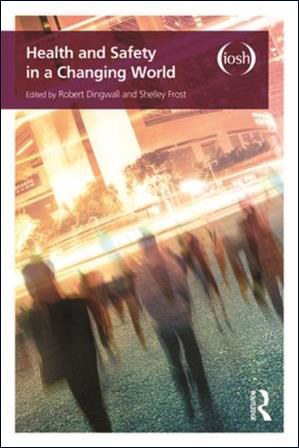 They suggest that the risk of reputational damage from poor OSH performance may be as much of a driver to maintain standards as compliance with the law.

In the extract that follows, based on research in the healthcare, construction and logistics sectors, they look at how workers adapt to pressures for high productivity by using a form of dynamic risk assessment, assessing the changes to risk levels posed by changes in work practices or demands and by devising their own "workarounds" to stay safe and productive.

"Traditionally, this has been seen as a problem for occupational health and safety regimes, which have often relied on employees following instructions without deviation," say the book's editors. But, as Gibbs et al argue, there may be ways OSH practitioners can learn from and sanction the best workarounds.

Workarounds will happen -- they must be managed

Dynamic risk assessments are partial enactments of the [safety and health] message because the individual considers, rightly or wrongly, that their conditions and environment make the message inappropriate, at least in part. Such in situ assessments -- as our ethnographic research particularly enabled us to understand -- were more likely where the situation was constantly changing, or more unpredictable, than in static, relatively unchanging work environments.

Terms such as "shortcuts" or "cutting corners" suggest that workers are not doing their job properly. They have a usually negative effect on the quality of the work or on health and safety. "Making the rules work" often suggested the idea of pushing the limits as far as possible without actually breaking the rules -- or interpreting the rules in a way that was probably different from their initial intention. "Workarounds", however, were more often seen as pragmatic ways of doing a job that could not be performed exactly in the way that was initially planned. Workarounds would be the result of a conscious or subconscious dynamic risk assessment: in most cases the health and safety implications of the new method would have been considered before making the change. Workarounds were also more likely where the worker, rightly or wrongly, considered that the risk resulting from the new method was not great, probably because they considered that the risk from the original task was not great either. Thus, workarounds were considered less likely for high-risk tasks.

There is a clear difference between the environments faced in static, relatively unchanging workplaces and those where the situation is constantly changing or more unpredictable. In these less predictable situations, people often found they needed to assess the risk "in the field". For patient-facing staff in healthcare, the patient's condition might create uncertainty, whereas for community healthcare workers, or residential delivery drivers in logistics, it was the unpredictability of domestic settings. Healthcare staff training includes the use of scenarios to provide the skills to cope with changing circumstances and to make dynamic risk assessments. However, in-situ assessment of risk should not be used as an excuse not to plan or assess the risk in advance.

Home delivery workers in logistics faced the variable environments of the houses that they were delivering to. There were good examples of health and safety knowledge about special circumstances at a delivery point being passed between delivery workers. The first driver assessed the situation in situ and adjusted their delivery method, passing the information to future drivers so that they were better prepared.

Construction workers' environments change every day, but this is normal and is often taken into account when risk assessments are drawn up.

Moreover, in construction there is usually a manager or supervisor present, at least on larger projects. Individual workers have less need for discretion than a logistics delivery driver or community healthcare worker. In construction, true dynamic risk assessments are mainly required when unforeseen situations occur. Another area where in-situ consideration of risk is needed is when a worker encounters a task or product where there does not seem to have been a risk assessment, or at least the worker is not aware of it.

In all of the sectors investigated there has been a move to spend more time considering unforeseen situations and to ask: what is the worst that could happen? Several organisations use mock-ups of emergencies to test the resilience of their systems and protocols and the ability of their staff to assess the risks in situ and respond appropriately, based on the established framework.

Some tasks have legally prescribed restrictions but managers are advised not to try to control things that do not need to be controlled and to avoid "making sackable offences out of trivia based on dubious statistical studies". Our evidence suggests the best solution is to minimise the situations where managers try to control the risk by setting prescriptive rules and to emphasise training based on contingent, scenario-based approaches. Where tasks are recognised as high-risk, though, great care should be taken to avoid inappropriate alteration of the agreed method. Having said this, some high-risk situations are dynamic and those involved must have the skills and authority to assess the risk "in the field" and take appropriate action.

Our research suggests that managers need to be more sophisticated in managing these in-situ assessments. There is no one-size-fits-all approach that suits all sectors, network types, individuals or situations. There were differences between an individual worker deciding to use a workaround (which was not advisable) and a team discussing the issue and coming to the same conclusion, whether or not an official supervisor was present and whether or not the workaround was subsequently acknowledged and adopted as standard (and by implication "safe") practice.

Many contemporary occupational health and safety management systems stress the need for workers to be empowered to stop any task or process that they consider to be unsafe. For a small number of situations, though, stopping the task is not an option: there could be a need for action to be taken immediately to prevent a catastrophe. Where such events are envisaged, individuals must be properly trained to make good decisions under extreme pressure. This is where scenario-based approaches are particularly valuable.

In many cases, particularly for lower-risk tasks, while a safe working protocol may have been agreed, there may actually be several alternative methods for doing the task safely. Moreover, the task environment may change such that the previously planned method is inappropriate. In such cases, an acknowledgement that the implementation of health and safety messages rarely matches the original source's exact intention can actually improve health and safety management and reduce the likelihood of unwanted consequences.

Workarounds will happen -- they must be managed. Managers do not typically measure the success of workarounds -- they hear only about the ones that fail. Practitioners should give more attention to the range of everyday (and often unnoticed) local adaptations of practice and health and safety guidelines that are intended to make work safer in this place at this time. It is normal for workers to fit formal procedures to the contingencies of their job. This should not automatically be seen in a negative light. Adaptation and improvisation are not just inevitable: they may be crucial components of effective health and safety practice. They are opportunities for reflection and innovation that contribute to individual and organisational learning and growth.

Rather than try to manage uncertainty by increasingly detailed and prescriptive regulation, it may be more productive to concentrate on supporting and enabling workers to become more skilful at improvising methods of achieving safety goals. There is a difference between health and safety as imagined and health and safety as actually done. If the workers find a better way of working, that is a good thing. The challenge is to capture and transfer any good practice that emerges from these activities as a potential source for solutions that can be proposed elsewhere. Some workers certainly do take significant risks "because they can", "because it's quick" and "because no one is watching". However, many people are thoughtful, ingenious and attentive, using their cognitive and physical abilities to get the job done, and done safely. We should harness this behaviour as a resource rather than see it as a liability.

This perspective implies that managers and organisations need actively to seek deeper understanding of how and why such improvisations take place.

On the basis of this understanding, they can determine the best ways to harness improvisation to produce safer working practices. Occupational health and safety guidance is, of course, necessary and vital. Given the impossibility of regulating for every scenario and future uncertainty, though, health and safety practice must be "open" and "flexible" enough to permit worker improvisation, while remaining precise enough to steer in the direction of safer working environments and practices. This remains the key challenge for those tasked with designing effective health and safety futures.

Our examination of the origins of occupational health and safety messages reveals a reliance on the regulator and other formal, professional sources for external information, with little variation across the three sectors. Internal information came from a range of sources, with health and safety and line managers playing key roles. The sectors varied, however, on how colleagues and particular health and safety champions came to be recognised and valued, either formally (in healthcare) or more informally, by experienced co-workers in all three sectors.

The interactions with unique working environments influenced how participants translated and enacted health and safety messages and knowledge, resulting in an emphasis on personal understanding and responsibility. The changing demands of these work environments made it necessary to devise the best approaches to safe working on the basis of local, in-situ assessments. These assessments are also influenced by the impact of parallel or conflicting needs, often related to the customer (in the broadest sense) or to time and resource constraints. The combination of a dynamic work environment and parallel demands often results in improvisations. These should not automatically be regarded as negative but as a potential source of organisational learning and safety practice improvement.

Adaptation and improvisation may be crucial components of effective OSH practice