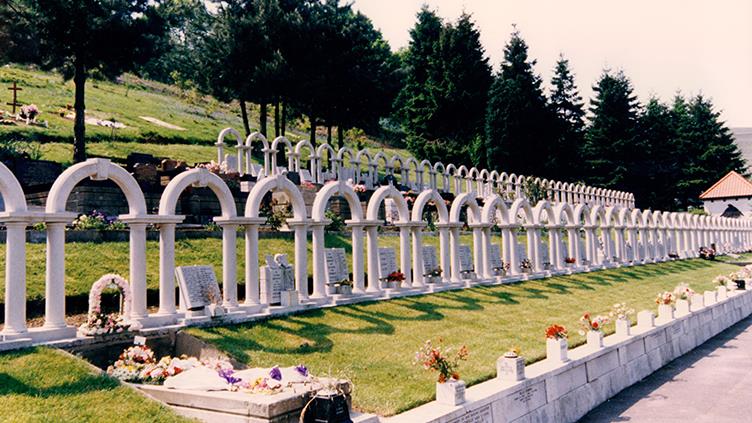 The Welsh village of Aberfan, in the Taff Valley near Merthyr Tydfil, was engulfed in more than 40,000 cu m of mine waste.

The waste, mud, rock and coal from the Merthyr colliery, operated by the National Coal Board (NCB), had been dumped in seven mountainous tips, known as slag heaps, on the lower slopes of the mountain behind the village.

On the day of the incident, workers on tip no. 7 noticed at 7.30am there had been subsidence in the colliery spoil and that part of a crane track had fallen into a hole. At 9.15am, thousands of tonnes of colliery spoil, saturated by days of rain, suddenly poured down the hill into two farmhouses, killing the families inside, then into the Pantglas junior school and 18 more houses.

Mud and rubble filled the school -- where teachers had been taking the attendance register -- up to 10 m deep, killing 109 children aged between seven and ten and five teachers.

Emergency service workers, miners from the Merthyr colliery and villagers dug all day but no one was brought out alive after 11am. Recovering the bodies took more than a week. Most of the children were buried in a joint funeral in October 1967, attended by 2,000 people.

Donations flooded in to the emergency fund, which eventually raised £1.75m. A 40 m long cross was fashioned outside the village from flowers sent by well-wishers. It was said that families with young children kept them indoors in the days after the disaster to avoid upsetting the bereaved families.

An inquiry tribunal was commissioned days after the incident, chaired by Welsh barrister Lord Justice Herbert Davies. The tribunal reported just over a year later and pulled no punches. The disaster, it said, was a "terrifying tale of bungling ineptitude by many men charged with tasks for which they were totally unfitted" and with no direction from above.

It focused blame on the NCB. The board had built tips over natural springs, which were clearly marked on Ordnance Survey maps. Its regional management had ignored concerns raised by the Merthyr local authorities about how close they were to the village -- tips had slipped before in 1944 and 1963.

The board had a no-tipping policy and its engineers provided no guidance to the workers on the tips. Neither the area civil engineers nor the mechanical engineers had inspected the heaps.

The report criticised the NCB's chair, Lord Robens, for making misleading statements and excluded his evidence. Robens would go on to author the report that led to the passage of the Health and Safety at Work Act in 1974. In 1969, the government passed legislation governing spoil tips.

Fifty years on from the disaster, the spoil tips are gone from Aberfan, but the village will probably always be defined by the events of October 1966.