Singapore: back to safety 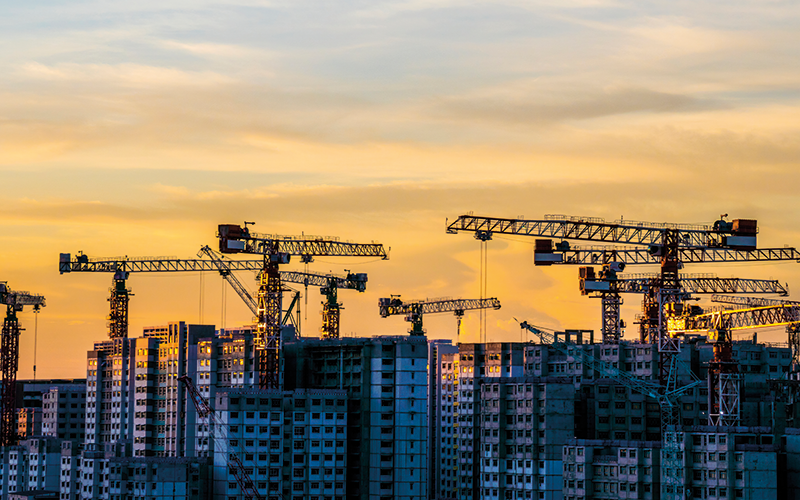 After years of steady decline, workplace fatalities in the country rose significantly in 2021-22. We explore the potential causes and the action being taken.

Yet in 2022, despite a decline in the number of both major and minor injuries (MOM, 2022b), there has been a worrying rise in the number of workplace deaths. As of 12 October 2022, when IOSH spoke to Singapore’s MOM, the government ministry for workforce policies, they numbered 39, compared with 37 for the whole of 2021 (MOM, 2022c).

The most common hypothesis is that ‘as Singapore’s economy opened up post-COVID and economic activity has picked up significantly, people have been rushing and rusty,’ says Silas Sng, commissioner for workplace safety and health divisional director, OSH division, MOM.

He says: ‘I have spoken to several contractors on the building and construction side, which has been the biggest contributor to fatalities and injuries. They have a double whammy situation where they are rushing to complete delayed projects at the same time as coming to grips with new projects they’ve taken on. ‘The rusty part – and this is more hypothetical – is that employees have not been working for a period of time.’

Nurul Asshekin, chair of IOSH Singapore branch, says she is very concerned by the rise in workplace deaths, especially as ‘Singapore has grown from strength to strength in terms of how we are managing the workforce, especially in the construction industry.’ She suggests it may ‘either emphasise the lack of leadership and commitment towards a safe working environment, or a severe push and demands to workers for productivity at the expense of the workers’ safety’.

She adds: ‘Working in the training and education industry, we see that funds for non-legally mandated training have unfortunately been one of the first expenses that most companies are cutting, and this impacts competence and how current their employees are in keeping themselves abreast with the right knowledge.’

Safety and health start at the top, and if there is zero tolerance from the top, that percolates down

Responding to the worrying trend, on 1 September the MOM announced a six-month period of ‘heightened safety’, introducing unprecedented measures such as the mandatory ‘safety time-out’ and the upfront debarment of companies from hiring migrant workers if, following an accident, serious WSH lapses are uncovered.

Chief executive officers of errant companies may now be required to personally account to the MOM and take responsibility for rectifications, or engage external auditors to conduct a thorough review of their WSH processes.

In addition, all companies in higher risk sectors were required to conduct a time-out during September to review safety procedures.

The MOM also announced strengthened support for SMEs, with the expansion of its StartSAFE programme that gives businesses access to WSH consultants, paid for by the MOM, to help identify risks and implement good practices. As of 1 October, targeted measures for the construction sector were also brought in, including lowering the threshold for issuing demerit points for workplace safety breaches, with those exceeding the penalty thresholds being debarred from hiring foreign employees for up to two years.

The MOM’s intervention has been welcomed by Nurul, who sees the rise in fatalities as ‘a culture issue that cannot be quickly corrected without adequate intervention’.

She adds: ‘It forces companies to take a step back and reflect. Some would do it with good intent and understanding of the purpose, but some companies just tick the box.’

While it is still very early days, there are positive signs, with the preliminary stats for accidents and fatalities for September having come down. ‘The voices I’m hearing from industry show the desire to comply,’ says Silas. ‘Everyone acknowledges that recovery and economic growth is one thing – but it should not be at the cost of killing workers.’

Inspection and enforcement activities have also been stepped up, with more than 3500 inspections in the higher-risk sectors between January and June 2022 – 35% more than the same period last year.

The MOM took enforcement action over more than 9000 breaches under the WSH Act and Regulations and issued more than 50 stop work orders (SWOs) in the first six months of the year, a two-fold increase compared with the same period last year.

This level of intensity is set to continue, with a strong focus on Singapore’s construction industry in particular. The MOM has issued 63 SWOs to construction sites between January 2022 and mid-September 2022. These include an SWO and S$15,000 (£9180) fine imposed on Wah Khiaw Developments Pte Ltd on 11 August 2022, where the MOM found multiple unsafe practices – including working at height without barricades or fall arrest systems, unsafe formworks, and unsafe means of access.

Meanwhile, a fatal accident on 25 August involving a lorry driver who was run over by a forklift while he was securing it onto a lorry for transportation prompted an SWO at Synergy-Biz Pte Ltd, after a MOM inspection the following day found multiple unsafe conditions. A S$6000 (£3670) composition fine was issued.

Going forward, a key lever will be the new Approved Code of Practice [CoP] on Chief Executives’ and Board of Directors’ WSH duties, launched by the minister for manpower Dr Tan See Leng in September, and aimed at ‘integrating WSH into organisational processes and establishing clear responsibilities of company directors and CEOs’ (MOM, 2022d).

Silas adds: ‘The CoP is not equivalent to law in matters of prosecution, but a court can make reference to it in deciding whether a CEO has taken all reasonable and practical measures – the yardstick of those measures is the CoP.

‘We believe that safety and health start at the top, and if there is zero tolerance from the top, that percolates down.’

In addition, as announced by the MOM on 1 September, a new multisectoral task force will continue to work to strengthen safety practices and outcomes. ‘We will look to IOSH, linking with the local chapter and the wider network, to see how we can tap into that,’ Silas explains. ‘We don’t have the monopoly on what is the best way to improve the situation, and certainly, whoever has good ideas that we can implement, we will shamelessly take those on if they can save life and limb.’

How to promote a strong health and safety culture

The apparent backslide in safety practices in Singapore demonstrates the need for constant vigilance around OSH, as well as the importance of strong data in identifying red flags and empowering action.

Hopes are high that the steps already being taken will be enough to see the rise in workplace fatalities reversed and Singapore resume progress towards its vision of being one of the safest places in the world to work.

But the situation also offers a reminder for all OSH professionals, wherever they live, of the potential for safety cultures to slip, especially during times of heightened pressure.

Ruth Wilkinson, IOSH head of health and safety (policy and operations), says: ‘It’s important to note that we don’t know what the cause is in relation to Singapore. However, we know that poor safety cultures exist when employees demonstrate unsafe behaviours, the organisation’s attitude and values are

not aligned to safety and safe working, there is poor training, poor communication, poor supervision, poorly designed equipment or operations and working conditions, and so on.’

Reasons for a decline in standards are, therefore, multifaceted, from leadership and training to competency and a culture of tolerating poor and unsafe practices.

She adds: ‘It’s not enough to provide safe equipment, systems and procedures if the culture doesn’t encourage safe and healthy working. OSH professionals must aim to apply current thinking in a practical, realistic way to achieve safe and healthier working environments and practices.’ 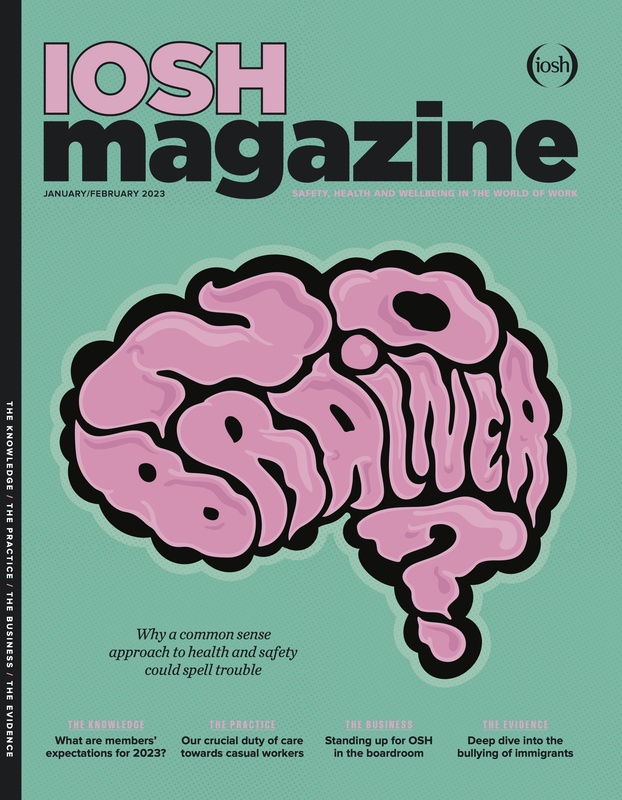