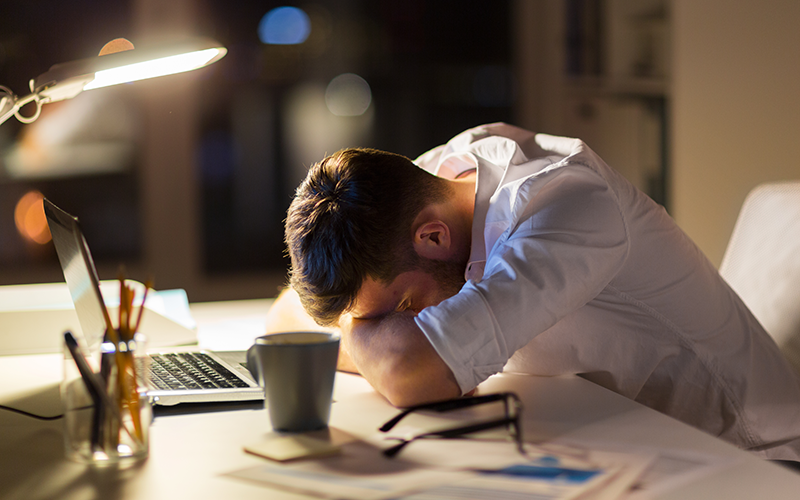 A preliminary hearing at an employment tribunal in Scotland has ruled that a charity caretaker’s long Covid symptoms amount to a disability under section 6 of the Equality Act 2010.

The potentially landmark decision comes after the Turning Point Scotland employee brought a case against his former employer claiming the social care developer and provider had unfairly dismissed and discriminated against him because of the 'protected characteristics of disability and age'.

Mr T Burke was dismissed from the position he had held since 23 April 2001, on 'ill-health grounds' because of his continued absence from work over a nine-month period.

The caretaker and security employee had first contracted Covid-19 on 15 November 2020, the tribunal heard, but remained off work – from after the end of his isolation period around 25 November until his dismissal on 13 August 2021.

Although his symptoms were 'very mild at first', the claimant said he developed 'severe headaches and symptoms of fatigue' after isolating with a positive test result.

In evidence given to a preliminary hearing via video on 5 April 2022, Burke said that in the period after isolating, he needed to 'lie down to rest from fatigue and exhaustion and that he struggled standing for long periods'.

He added that he could no longer walk to the local shop and that his 'problems were exacerbated by joint pain in his arms, legs and shoulders together with a loss of appetite'. Burke also said his concentration has been affected and his sleep pattern had been “wrecked”.

In further evidence, he disclosed that he didn’t feel well enough to socialise or attend important events, including his uncle’s funeral on 12 December 2020 due to fatigue and headaches, which was 'very much out of character for him'.

Significantly, he found the symptoms unpredictable; at certain times he said he felt he would be improving only to suffer from fatigue and exhaustion again.

The claimant’s daughter, who worked with Glasgow Disability Alliance and had about 30 years’ experience of working with disabled people, noted in the evidence she gave that her father 'was unable to cook or shop anymore' and so she had made arrangements for shopping to be delivered.

She also considered that her father’s symptoms had only improved from around January 2022 and his sleep disruption seemed to be the main issue.

Her father told the 5 April 2022 hearing that he 'no longer suffered from joint pains and headaches, but still experienced some fatigue and his sleep pattern was still very disrupted leading to tiredness in the day'.

The preliminary hearing was told that Burke had contacted Meadowbank Surgery by telephone on 25 November 2020 and advised the practice that he was unable to return to work. A Statement of Fitness to Work was subsequently issued for the period up to 3 December 2020.

Further calls to his surgery resulted in more fit notes being issued, covering up to 7 January 2021 and subsequently until later that month when on 21 January the claimant was advised to speak to his doctor to clarify his symptoms.

On 3 February, Burke spoke with his doctor who issued a fit note recording that he was unable to work, with a 10 March 2021 expiry date.

The hearing was told that the fit note stated: 'Covid in November, still a bit fatigued in the middle of the day, working still in addiction and support, no sob, no cough, feeling otherwise well likely Covid, advised on gentle exercise to try and get back to baseline'.

After a further fit note was issued on 10 March 2021 on the basis of 'fatigue', the April 2022 hearing was told that further fit notes were issued through to July 2021 without Burke having any direct consultation with his GP.

Then, on 16 July 2021, Burke had a telephone discussion with another doctor, who noted that he was 'still feeling fatigued post Covid – worked for a homeless unit – not getting paid when off sick but does not mind – still feels needs time off. And agreed to have routine blood checks'.

The April hearing was told that Burke was issued with a further fit note stating that he was unable to work, dated to 27 August 2021, with the diagnosis as “post viral fatigue syndrome”.

The blood checks that the doctor had requested disclosed no issues, the hearing was told.

Turning Point Scotland, however, challenged Burke 'on the absence of particulars within the GP notes which reflected the severity of symptoms which he claimed', the court heard.

In response, Burke advised that his symptoms varied from day to day. He also said that he had advised his GP practice of his symptoms and was not responsible for what was contained in the GP notes. The claimant added that there was 'no reason for him to exaggerate or seek to be deceitful about his symptoms as he had been a long serving employee [employed for just over 20 years] without history of absences, there was no sick pay being paid from around June 2021 and so no motivation for him to continue to be off sick'.

In April 2021, Burke attended a telephone assessment with Turning Point Scotland’s occupational health, which issued a report on 27 April concluding that the claimant was 'medically fit to return to work” with advice recommending a phased approach to work that gradually increased his “shift times to the usual 12 hours'.

The occupational health service also drew the conclusion that it was 'unlikely' that the disability provision in the Equality Act 2010 would apply to the claimant.

Burke, however, did not return to work, stating that although he was keen to do so, he found the effects of the Covid infection had “peaks and troughs”.

The hearing was told that, “On some days he would feel that he was improving only to feel worse the next day or a few days later and the fatigue was then still extreme.”

On 16 June 2021, Burke had a follow-up telephone consultation with occupational health. Again, the service indicated that it was “unlikely” that the disability provisions of the Equality Act 2010 would apply and two months later the claimant was dismissed on ill-health grounds.

Burke’s letter of dismissal read: “It is my view that you remain too ill to return to work and there appears to be nothing further we can do to adjust your duties or work environment that would make your return more likely.

'In addition, there does not appear to be a potential date on which there is a likelihood of you being able to return to full duties in the future.'

Employment Judge JD Young’s conclusion on 27 May 2022 was that, although Burke “had not suffered substantial adverse effects in a consistent manner, the symptoms were likely to recur and therefore should be deemed to have long-term effect within the parameters of the legislation”.

The judge added that in the circumstances of the case, “I consider that the relevant tests are met to meet the definition of disability… and that the claimant was a disabled person in the period 25 November – 13 August 2021 and which included the relevant period of the alleged discriminatory acts.”

In addition to his unfair dismissal, Burke has also brought a claim that Turning Point Scotland failed to provide a redundancy payment after he was dismissed.

While the employment tribunal still needs to consider whether Burke was dismissed unfairly at a future hearing, the conclusion from the judgment issued on 27 May – that he was a disabled person in terms of section 6 of the Equality Act 2010 – could have wider implications for employers.

Paul Corris, Senior Associate at DAC Beachcroft LLP, believes that although Long Covid is a relatively new condition, this case does not introduce any new points of law.

He told IOSH Magazine: “Employers must always consider whether an employee satisfies the legal definition of ‘disability’ i.e. they have ‘a mental or physical impairment which has a substantial and long-term, adverse effect on their ability to carry out day-to-day activities’. There are other recently reported Long Covid cases where the legal threshold was not met. Although the threshold is low, and each case will depend upon the personal circumstances of the individual, we may now see more claims from people who are suffering from Long Covid.”

Kenny Crawford, Director of Finance and Resources at Turning Point Scotland, said that it would not be appropriate to comment on the ongoing case.

However, People Management did quote him as saying, “Turning Point Scotland recognises its legal obligations under the Equality Act 2010 with all sections of society and remains an equal opportunities employer, with a positive approach to reasonable adjustment, a risk assessment approach and a supportive culture”.