Exclusive interview: why Nestlé was fined £800,000 for repeat incidents 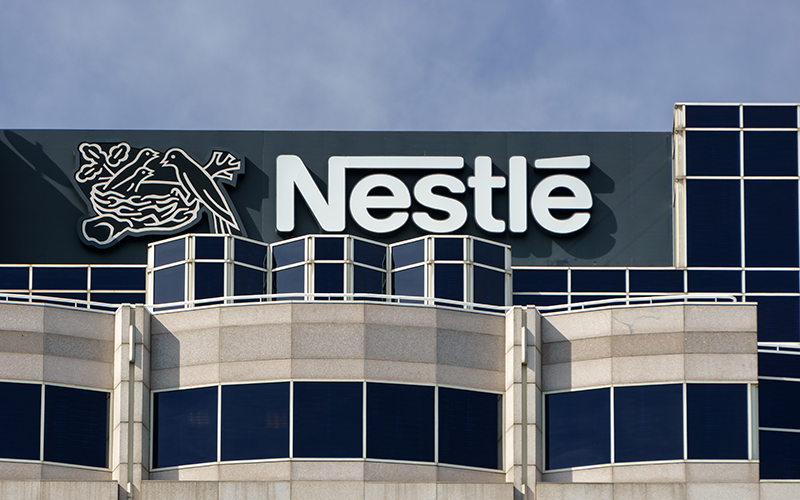 IOSH magazine spoke to HSE inspector Bill Gilroy about a serious accident at a Nestlé factory in Newcastle – an almost carbon copy of a previous incident at another of the confectionary firm’s factories.

On 30 November 2020, a maintenance engineer at Nestlé’s factory in Newcastle-upon-Tyne broke his arm in two places after investigating a fault on a conveyor then being trapped by the conveyor belt roller mechanism. What made the incident particularly noteworthy was that it was an almost identical repeat of an accident at Nestlé’s factory in Halifax in 2016. We speak with HSE inspector Bill Gilroy about how this could happen and what Nestlé should have done.

‘Initially, there was a problem with a machine that manufactures Rolo chocolates. Occasionally, at certain parts of the machine, there would be a build-up of chocolate on the conveyor belt which prevents the belt tracking properly. That means maintenance team have to stop the machine and check to see what’s causing the problem with the belt.

‘In this incident, engineers stripped the machine down, but they couldn’t quite find the fault, so they cleared the chocolate away and set it working again. Later on, one of the engineers thought he heard an alarm on the same belt, so he went underneath the machine to check the rollers.

‘This employee went underneath the machine to check a roller that he thought was causing a problem, and which he though was idle. He says he reached up to touch the conveyor to just steady himself but the sleeve of his shirt got caught in this roller, pulled at his left arm, and dragged him into the machine, causing him to break his arm in two places. He wasn’t able to get himself free – he had to shout for somebody to press the emergency button to stop the machine – then one of his colleagues had to come and actually physically unbolt the roller from the machine to get him out.’

‘The report came into us at the HSE the same day as the accident – 30 November 2020 – and we went to site on 8 December 2020. We knew the injured man had gone to hospital and because of Covid controls this was the earliest we could arrange to visit the site,’ said Bill.

‘When we visited the site, the machine was still switched off. We looked at the machine and we took photographs of it. We asked for details of risk assessments and what the procedures were for locking off and tagging off machines during interventions. Then we took the investigation from there.

‘I spoke to the injured man on the phone initially, but it wasn’t until a few months later that I could take a full statement. He didn’t go back to work for quite a while and our Covid rules at the time said that we shouldn’t visit people’s houses. I got an account of what had happened from him on the phone, but I couldn’t take a statement from him until sometime later when he returned to work. We can take statements on the phone if necessary, but in this particular instance we really wanted to speak with him in person.’

‘We found that Nestlé hadn’t properly assessed the risk from this particular roller. It hadn’t considered it a risk and therefore it hadn’t been guarded. We found that this was an area of the machine that was regularly accessed by the maintenance team. We took statements from a number of the other maintenance team members and they all said the same thing: we do need to be in there regularly and that roller has never been guarded,’ Bill explained.

‘However, an aggravating factor in this was that Nestlé had had a virtually identical incident in its factory in Halifax in 2016. Again, it was a roller that was believed to be idle that had become powered and one of the employees had sustained virtually identical injuries – and upper broken arm in two places.

‘Obviously that aggravated the investigation because we realised that Nestlé had already had an incident of this type and had been prosecuted for it, so we needed to find out what it did to follow up from that.

‘We found that the company had not properly addressed the issue. What we would have expected from a company the size of Nestlé is that it should have circulated the information about that first incident around their factories, and they should have done some inspections and risk assessments.
It is a company which has lots of this type of conveyor, making lots of different products across a lot of its sites. We would have expected that it would have gone and risk assessed those machines and put control measures in place at the factories. But in this case, that hadn’t been done.’

With a fairly straightforward investigation with no real complications, a decision to prosecute was made. On 19 October 2022 at South Tyneside Magistrates’ Court, Nestlé pleaded guilty to breaching regulation 11(1) of the Provision and Use of Work Equipment Regulations 1998 and was fined £800,000, plus costs of £7,776.

What can IOSH members learn from this case?

‘I think the most important lesson from this case is to properly risk assess your machines and all the moving parts – even the parts you think are idle – to make sure none of these parts are dangerous. It’s very straightforward to check that any obviously dangerous part is properly guarded but, as in this case, it’s sometime more difficult to ascertain which parts are dangerous,’ noted Bill.

‘Certainly, in factories and other businesses where this type of conveyor is present, make sure you risk assess all of the rollers, not just the ones that are considered powered. Any rollers which are, or can potentially become dangerous parts which may cause injury, should be properly guarded.’