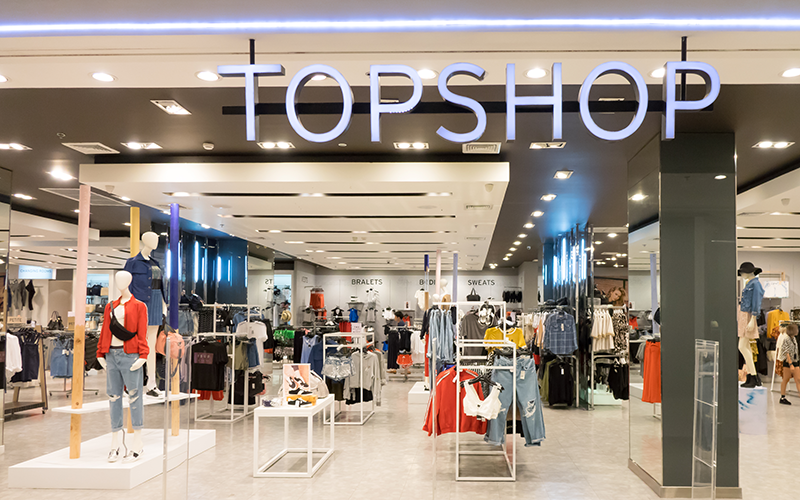 As Topshop and Arcadia are fined £1m over a 10-year-old's death, Katie Heath, principal environmental health officer at Reading Borough Council in charge of the investigation, describes how systemic failings led to the tragedy.

On 14 October 2022, after five years and seven months, Arcadia Group Ltd, Topshop/Topman Ltd and Stoneforce Ltd were finally sentenced in connection with health and safety breaches that led to the death of 10-year-old Kaden Reddick.

The sentencing of these companies for infringing section 3 of the Health and Safety at Work Act was the final act in a long and challenging investigation by Reading Borough Council (RBC) but one that was welcome, even if the £1m fine imposed did not reflect the previous financial standing of these companies at the time of the accident.

On the afternoon of 13 February 2017, Kaden and his family went shopping after a trip to the cinema at the beginning of half-term. At the till area in the Reading branch of Topshop, Kaden and his sister were enticed by the impulse-purchase confectionery displayed in a queue barrier weighing about 110kg. The barrier was located so that it directed the queue and as Kaden manoeuvred beneath it, with his hands over the side, to join his mother, it came out of the floor and landed on him, striking his skull and killing him.

The queue barrier had been installed three years earlier during a major store refurbishment, and was a notifiable project under Construction, Design and Management (CDM) Regulations. The barrier – top-heavy and inherently unstable if freestanding or inadequately secured – had been installed by a ‘competent’ shop-fitting contractor with just two wood screws and rawl plugs at each leg/footplate (referred to as a ‘plinth’). The screws were described by experts as being suitable for hanging pictures from the wall, but not for stabilising a top-heavy piece of retail furniture that would need to withstand heavy interaction from members of the public and staff in store.

No risk assessment had been carried out on the queue barrier itself, either pre-installation or into its use once in store

The queue barrier had been designed for Topshop’s flagship New York store some years earlier and replicated for its high-footfall stores in the UK and around the world. Reading was one of 29 stores in the UK with them in place. It comprised a Corian-clad, MDF hollow structure designed to fit tightly over two plinths.

Although the design of the main structure remained broadly the same throughout its lifespan, there was a design change to the plinths in 2012, when the initial manufacturer folded. The plinths, previously made of steel plates with welded struts, were changed to an MDF five-sided box construction. The metal plinths were manufactured with four pre-drilled guide holes to indicate the position and number of fittings required. The MDF box construction plinth was not manufactured with guide holes and although it did not prevent fitting with the correct tools, provided an enclosed space in which to fit limited tools as opposed to the easy-access open construction that the previous steel construction had allowed.

Although there was disagreement over the applicability of standards and benchmarking for this type of retail furniture, the experts in this case (for the prosecution and defence) ultimately agreed that the actual fittings used, both in type and number, were inadequate to sustain the dynamic force applied to the barrier by Kaden’s movement and would never have been adequate to do so, especially as they had not been properly installed to allow suitable contact within the floor.

The opposing sides agreed that although a greater number of screws per plinth might have held the barrier initially, these would have been subject to wear over time, and so a more appropriate fitting would have been expansion anchor bolts or concrete screws.

The change in design was never subject to scrutiny prior to installation and although it was realistically possible to install this new plinth securely, no consideration was given as to whether it would have an impact on the strength of the barrier or its method of installation.

No risk assessment had been carried out on the queue barrier itself, either pre-installation or into its use once in store. Although Topshop did have store risk assessments in place, including one that covered cuts and falling objects, it did not consider the queue barrier specifically, and in general there had been no consideration about how this item, or ones like it, differed from the main structure, such as walls, or furniture that was regularly relocated – for example, jade rails and wall poles.

The general health and safety documentation did acknowledge the presence of children on-site and how they may be inclined to interact with items in store, but this was not considered or highlighted in relation to installation of equipment such as queue barriers.

The client did not provide the manufacturer with information on previous designs and the manufacturer did not view the internal fittings of the previous design but was invited to see an existing queue barrier in situ. The manufacturer was not requested by the client to provide instructions or details on fitting, and the installer did not question the forces that this item would have to withstand and this information was not provided to them on instruction by the client – it was assumed that a tried-and-tested supplier/contractor would do the job satisfactorily and without any follow-up checks – this despite some health and safety enforcement action, including prosecution, in the meantime.

During the trial there remained disagreement as to who the ‘designer’ of both the barrier and fittings was, and ultimately whose responsibility it was to determine how it should be installed.

Both organisations were also investigating different offences – whereas RBC was considering health and safety offences under the act and associated regulations, TVP were looking for evidence of a breach of the Corporate Manslaughter and Corporate Homicide Act 2007.

Although retail is commonly perceived as low risk, it should be remembered that low risk doesn’t mean no risk

Although intrinsically interlinked, there were different elements that each party wanted to progress in their own way at their own pace. Focusing on Arcadia under the corporate manslaughter offence, TVP was examining its role and witnesses from within the organisation, whereas we also wanted to ensure that the manufacturer and fitter was investigated for health and safety offences.

Once TVP had completed their investigation of the manufacturer, we were able to gain further information from Realm about their involvement in the queue barrier. To their credit, they did remain relatively compliant with our requests throughout the investigation and despite the indicted offence they were acquitted at trial.

Stoneforce (the fitter) was a different matter: it was our view that further information about the work carried out and health and safety processes was required to ascertain potential suspects before statements could be taken and whilst we were able to reach agreement in the end actions into this area of the investigation were impacted when the case was referred to the CPS.

We found this extremely challenging however, we did not have primacy and were restricted in what we could do. Once primacy of the investigation came to us 18 months later it was difficult to proceed with some lines of enquiry, and unfortunately, we were never able to get to the bottom of who specifically installed the queue barriers in Reading. This never sat comfortably with us, and I found it unnerving when it was commented upon during the trial.

There is a common misconception that local authorities do not deal with criminal law, and this was present during this case. But like any other enforcing authority we had to meet the same benchmarks – sufficient evidence, realistic prospect of conviction and sufficient public interest – as well as ensuring that our work was watertight to withstand the scrutiny of requests for unused material and disclosure that spanned four organisations.

I am incredibly pleased with the work that we did on this case; it was more than five years of hard work by investigating officers and this could not have been achieved without the support of the wider team and colleagues throughout the organisation. As with any case, there are learning points both internally and externally. And for us there are several key points that we want to be the take-home message of this prosecution:

The council chose to take on this case – and everything that came with it – not just because it was our duty to investigate or because the evidential and public interest thresholds were met, but because families should be safe in a public environment and our retail premises should be safe for them to visit.

Every single duty holder should take all reasonable and necessary steps to ensure that its premises are safe.