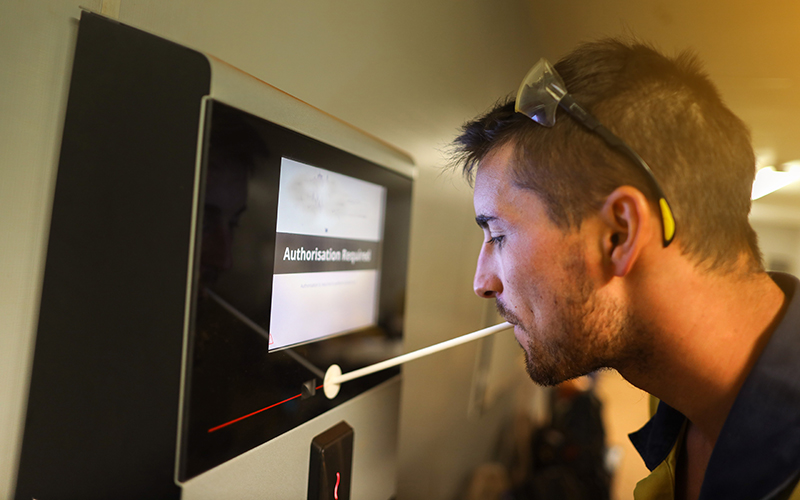 Most workers would comply with a corporate alcohol and drug testing policy, according to the findings of a survey that informs the Dräger UK Safety at Work Report 2022.

The findings reveal that 83% of workers sampled would comply as they believe it is in everyone’s interest to be safe at work.

Perhaps more surprising is the high level of compliance reported by home-working respondents, with 70% agreeing to submit to testing when they are working remotely from their own home.

In its second annual report, Dräger UK suggests that the safety protocols that employees have faced during the COVID-19 pandemic may have prompted a change in personal attitudes relating to health and safety.

The medical and safety technology provider goes further, adding that many employees may feel they must now take more personal responsibility for their health and safety and the high level of compliance on drug testing reflects this.

However, Dräger UK adds that the high-level of compliance does not suggest that workers like the idea of being tested. The survey findings reveal that around a third (31%) of respondents is against being tested for drugs by their employer.

The results also reveal different attitudes between different employee age groups, with younger people more resistant to the idea of being tested. The data shows 44% of 18-to-24-year-olds feel drug testing is an invasion of their privacy, compared to 36% for the overall respondent group. Dräger UK suggests that as 'digital natives', younger respondents may be more sensitive about how their data might be used.

The misuse of drugs and alcohol can be a serious problem in workplaces, where workers under the influence can be a hazard to both them and others when it affects their ability to carry out their role and duties safely

When asked to identify which employees should be tested, the survey reveals that 53% of respondents believe that operators of dangerous machinery should be included but not office workers.

A number of studies reveal that alcohol and drug misuse have increased during the pandemic. According to IOSH magazine's video on drugs and alcohol in the workplace, research from AlphaBiolabs reveals that the presence of opiates more than doubled, while positive cocaine readings climbed by 37% and cannabis by 30% compared with pre-pandemic figures.

A 2021 survey by the Chartered Institute of Personnel and Development disclosed that 27% of people sampled admitted they had increased their alcohol consumption due to the pandemic.

As the Health and Safety Executive (HSE) notes, abuse of alcohol, drugs and other substances can affect work performance, which is particularly important in relation to safety-critical work.

'The misuse of drugs and alcohol can be a serious problem in workplaces, where workers under the influence can be a hazard to both them and others when it affects their ability to carry out their role and duties safely,' said Ruth Wilkinson, head of health and safety at IOSH.

'Performance is impaired, which lets in a higher degree of risk. For this reason, it’s important to consider safety-critical tasks and other tasks where harm could occur.

'Then there’s also the damage misuse can inflict on the reputation of an organisation when it leads to incidents that impact on productivity and worker/team morale.”

Ruth adds that substance-related problems may arise for several reasons, including personal, family, social, work or a combination of these. She says IOSH advocates a prevention-first approach while, in relation to substance misuse, she adds that it is important to consider whether there is a workplace factor that requires action.

'Then, as employers, are there opportunities to spot the signs, provide support and make interventions?' she continued.

'Establishing a clear policy statement on drugs and alcohol will do much to set the right culture and if testing is part of that policy then it needs to be clearly specified, detailing the expected conduct and process of how that testing will be carried out; that is, when it will happen, how it will be undertaken and by whom, for example. Importantly, the policy should also highlight how confidentiality will be maintained and should outline the nature of the treatment and support that will be given to any transgressors to help safeguard their health.

'This policy and its key requirements will then need to be not only executed fairly and without discrimination but should also be well communicated to ensure workers are fully aware and assured, in particular, that the process will be both confidential and supportive.'

Ruth said the approach to testing does vary, but it is more usual to see it carried out in workplaces where there are safety-critical workers, such as in the oil and gas, construction and transport industries, to give just a few examples.

'The misuse of drugs and alcohol is certainly a strong enough threat for all employers to ensure a preventative approach, with controls and support put in place, as well as the right culture,' she aded.

Ian Gil-Rodriguez, marketing manager for Impairment at Dräger Safety UK, notes that there has been an increase in companies that are considering introducing drug and alcohol testing in their business.

'It’s perhaps not surprising at a time when misuse of alcohol and other prohibited substances is more widely reported, as well as a rise in prescription medicines for mental ill-health that can sometimes impair performance,' he said.

Commenting on Dräger Safety UK’s own employee policy, Ian Gil-Rodriguez says: 'When we introduced an enhanced drug and alcohol testing policy in July 2022, everyone from managing director to apprentice was eligible to be included in randomised testing.

'We try to practise what we preach and recognise that it’s very important to handle this subject sensitively, with dignity and respect. We also included an amnesty period at the start, during which any team members could approach us in confidence with any concerns about prescribed medications, or those suffering from addiction problems could seek help without judgement.'

The company said that there are six test categories when workplace testing may become applicable – for cause, post-incident, random, pre-employment, post-rehabilitation/return to work and job-specific.

Dräger UK’s annual report draws on responses from 1,203 online quantitative interviews, including 253 managers and covers a broad range of industries, notably high-risk sectors such as construction, engineering, gas and manufacturing.

The company’s second annual report explores a number of other issues, including the role of workplace culture, changing attitudes to mental health and transfer of safety knowledge between generations.

The full Dräger ‘Safety at Work’ report can be accessed here.