5 Common Questions About Asbestos in Our Schools 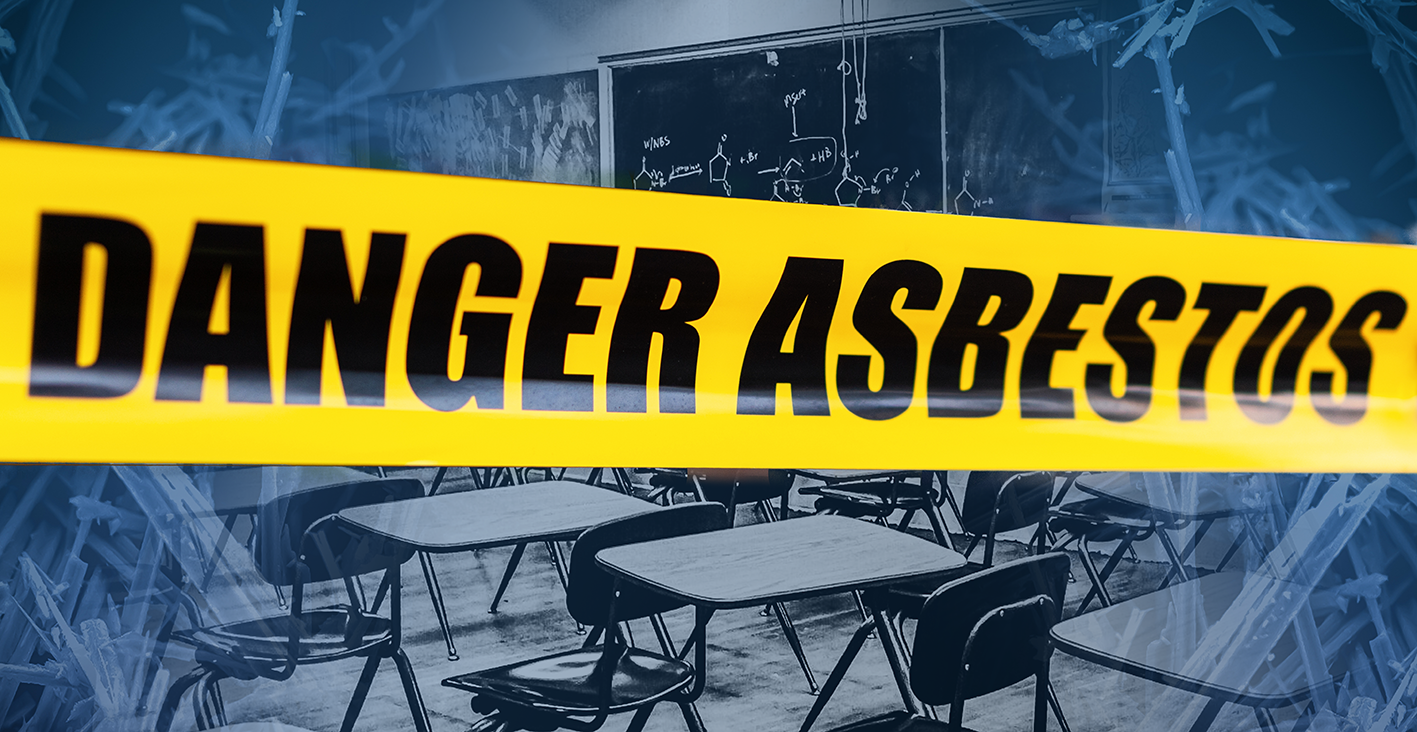 Did you know asbestos is potentially present in any building constructed or renovated before 1999, which includes 80% of our schools?

With that in mind, the HSE has recently announced that its inspectors will be focusing on primary and secondary schools across England and Wales. They will review how well leaders are managing the risks of asbestos and meeting their ‘duty to manage’ (DTM) requirements under Regulation 4 of the Control of Asbestos Regulations (CAR). In this article, we look at the history of using asbestos in the UK and the effect it has had on schools in particular.

Why is asbestos dangerous?

Asbestos contains fibres that, when they become airborne, can be inhaled and cause serious and fatal diseases such as mesothelioma, asbestos-related lung cancer, asbestosis and pleural thickening. These diseases do not affect individuals immediately, they can take years to develop. However, by the time they are diagnosed, it is often too late to do anything to help.

In 1989, crocidolite (also known as blue asbestos) and amosite (also known as brown asbestos) were banned in the UK. Both were known to be more hazardous forms of the substance. The UK then banned the importation, supply and use of all asbestos in 1999. Asbestos is now well documented as a carcinogenic material, which has led to many other countries also banning its use.

How many schools contain asbestos in the UK?

According to a report published in 2019 by ResPublica, up to 80% of schools in the UK contain asbestos. Ironically, asbestos was associated with safety because it was durable, flame-resistant and chemical-resistant. It was extensively used as a means of insulation for both heat and electrical sources and was popular for its low cost and strength.

Schools premises often include system buildings, such as CLASP, which were constructed during the period 1945-1980. These buildings can have structural columns fire-proofed with Asbestos Containing Materials (ACM). By the time the risks were known, asbestos had been used for all manner of applications, from the manufacturing of boilers to the painting of door frames in schools. Asbestos can still be found in the following common items:

Undamaged, sealed materials are unlikely to release fibres and pose a minor risk. However, if materials holding asbestos are disturbed or start to deteriorate, asbestos fibres can be released into the air and breathed in by students and staff. As buildings that are subject to high levels of activity and daily footfall, they are at higher risk of inadvertent damage and accelerated deterioration and therefore require more regular review.

In March 2017, the Department for Education (DfE) published guidance for schools on where asbestos may be located.

What are the long-term effects of asbestos in schools?

Five thousand people die every year from asbestos-related diseases in the UK, more than from road accidents. More than 280 schoolteachers have died from mesothelioma since the 1980s with a study showing that teachers are more than five times more likely to contract mesothelioma because they are exposed to increased risk from chronic low-level exposure at their place of work.

Other cases of mesothelioma included people who worked in schools as catering staff, maintenance and facilities staff, secretaries and teaching assistants and, of course, pupils in later life. In certain schools, it was seen that daily events such as slamming doors and bumping into pillars or walls could release up to 800 times more than the ambient levels.

Who is responsible for managing asbestos in schools?

A duty holder is anyone responsible for maintaining and repairing non-domestic premises. For schools, the duty holder depends on the type of school. Community schools, community-special schools, voluntary-controlled schools, maintained nursery schools and pupil referral units, the duty holder will most likely be the local authority. School governors are responsible for academies, free schools, voluntary-aided schools, and foundation schools. For independent schools, it may be the proprietor, governors, or trustees.

It is the responsibility of the duty holder to know:

How is asbestos identified and removed?

Traditionally, asbestos surveying and detection has meant samples of suspected asbestos-containing materials being sent to laboratories for analysis by competent technicians. Collecting the sample itself involves a risk in terms of disturbing fibres, so the task should only be undertaken by fully trained personnel.

Detecting airborne asbestos fibres in real time was once impossible. However, a recent innovation is the new asbestos detection device the ALERT PRO 1000 from Alert Technology Ltd. A world-first, the device works alongside the traditional method and can detect the presence of airborne asbestos in real-time by distinguishing between asbestos fibres and other fibres and particles present in the air sampled. When asbestos is detected in the air sample, the unit alarms to allow workers to evacuate the area and instigate safety procedures without delay.

Real-time warning reduces the risk of prolonged exposure and the spread of contamination. ALERT’s time-stamped data also offers vital information to help schools identify and what events or activities are leading to asbestos fibre releases. This data also enables schools to identify which ACMs within their buildings are the highest risk enabling already stretched school budgets to be allocated most efficiently to areas of greatest need and risk.

A licenced specialist should remove asbestos, but there are limited situations in which a licence isn't necessary. Because of the hazardous nature of asbestos insulating board (AIB), asbestos insulation and asbestos lagging, all work with these materials require a licenced contractor.

Any employee who is likely to be exposed to asbestos during their work is legally required to receive information, instruction and training from their employer or duty holder.

Asbestos disposal is highly regulated, and contaminated materials and personal protective equipment must all be disposed of at a licenced site. When disposing of asbestos, it's standard practice to double wrap all materials and mark the bags with warning labels. Contractors and staff should avoid breaking asbestos up where possible, as this will lead to further exposure and contamination. Transporting waste asbestos requires a waste carrier's license. Anyone can obtain information from their local authority about how to dispose of asbestos safely and legally.

For any further information on the ALERT PRO 1000 or to arrange a demonstration, contact Shawcity: