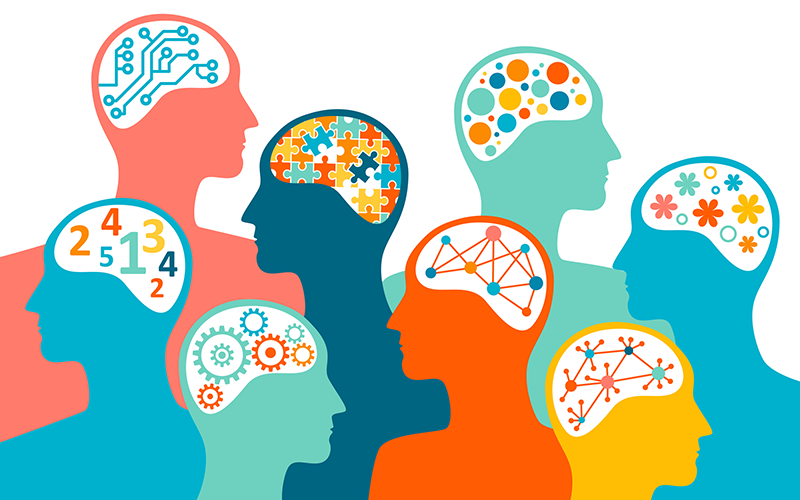 We speak to a health and safety professional about her autism and how neurodiversity can affect individuals and workplaces.

The issues that people face in the workplace aren’t always obvious. One aspect of occupational health, safety and wellbeing that is commonly overlooked – precisely because it isn’t visually apparent – is neurodiversity.

Of course, we all think slightly differently. However, neurodiversity refers to the idea that some groups of people have significant and distinct cognitive processes that differ to the majority of others. This can affect things like learning, as well as sociability, mood, attention and other mental functions. And it's not just mental capabilities: somebody who is managing overbearing neurodiversity issues may well be physically fatigued also.

Then there is the reaction they face from colleagues and employers. One accomplished health and safety professional we spoke to during research for this article told us: 'People who are "different" are frequently the target of bullying and harassment at work and also suffer exclusion; that means any special skills and different perspectives they could bring to the team will be ignored or ridiculed. For example, I have very rarely, in any business, seen someone with Asperger’s well managed and integrated, such that they are allowed to bring their special skills to the team.'

Apart from the emotional toll it takes on the individual, from a purely business point of view, it’s a thoroughly ineffective way to take advantage of all available talents. So, to get an idea of what it’s like to both manage and actually be a neurodivergent person at work, we spoke to Laura, a highly successful OSH professional who was diagnosed with autism eight years ago.

'I have a son who was really not coping at school so I decided to arrange a neurodiversity assessment for him. After completing the assessment, the educational psychologist chatted to me whilst my son played quietly at the far end of the room. She confirmed he had high-functioning autism and I can recall blurting out, "But he and I are peas in a pod. If he is, what about me?" I will always remember her response: "Well, of course you are,:' Laura says.

'To be honest, it was a real relief. I know there are a lot of people who are against giving people labels but I disagree. When you are finding day-to-day life challenging but don’t understand why, you are constantly trying to fit a square peg in a round hole. It is frustrating and demoralising to watch other people find things easier than you do, yet not have the puzzle piece which allows you to understand why. For me, it meant I just kept trying harder and harder to be like other people, without understanding my differences.

'Having a diagnosis really helped me to make sense of my experiences. For example, I had come to accept it as inevitable that I would offend people. I had learnt that, at some point I would offend the person I was speaking to. It is never intentional but my language is very direct; my version of polite communication is not necessarily other people’s version. I just don’t have those innate social skills.'

Laura is not our interviewee’s real name. Despite being willing to tell people about her autism on a one-to-one level, even in a sector whose where the raison d’être is about making working life better for people, Laura believes there is still a stigma that surrounds issues like autism, and it could have a bearing on her professional success.

'I did try telling people I’m autistic but they suddenly started speaking to me really slowly and carefully. How strange is that?! They’ve known me for 20 years, so why would they start doing that?   I think it proves just how much misunderstanding there is about autism.   Autism for me doesn’t relate to low intellectual ability – I’m just about to start a PhD,!' Laura says.

'I don’t want society’s lack of understanding to affect my career and my professional reputation. So I don’t generally tell people that I’m autistic. My specialist area of safety engineering is a very male-dominated industry, and I’m conscious that we still have a way to go regarding gender equality.   If I was open about being a woman who is autistic, I believe I’d be considered inferior or less than by some people, rather than celebrating the skills that I have.'

Laura’s career offers two very important viewpoints: the experience of the neurodivergent employee, and the experience of the neurodivergent health and safety professional. If we focus on the former first, it’s clear that employees with specific requirements perhaps aren’t as empathetically dealt with compared to those with physical or more obvious challenges.

'One aspect of my autism is the sensory sensitivity: noise, lighting, textures of clothing. This means I have to dress carefully and wear layers of clothing as I can’t be too hot or cold, and clothes can’t be tight or itchy.   If I experience loud noises, busy places or bright light, that will have a similar effect – it reduces my energy levels. Put all those things together and I can quickly get exhausted and overwhelmed. If this happens, I can struggle to cope. I have to manage all of these aspects carefully in order to get through the day and make sure I get home safely,' Laura says.

'Every time I am employed by a new company, I read my entire employment contract and I will ask to clarify or discuss changes to certain aspects. On one specific job, I went back with some questions primarily around the need to go into an office in London. For me, the sensory challenges of public transport are draining. This means I can use up much of my energy before I’ve even reached work. I was trying to explain this and asked for some reasonable adjustments. The HR manager’s response to my queries was to have the company lawyers reply to me. I was managed out of the company before I’d even signed my contract!

'I asked to meet with the HR manager and the managing director. I read them my pre-prepared response: I said I was no threat to their company, I wasn’t trying to be difficult, I was just trying to survive and my requests were things that I needed in order to do that. I explained that I’d tried to be honest and upfront about my challenges and how disappointed I was at the company’s reaction. The MD actually had tears in his eyes at the end of my little speech but the HR manager just didn’t understand. She clearly believed that every employee needed to comply with the company’s policies. Despite the consultancy having a great professional reputation, working in that kind of inflexible management culture just wouldn’t have worked for me.'

Ironically, the HR manager’s intransigence and ‘by the book’ nature is actually a classic example of the type of behaviour typically associated with autism. But while it was an unhelpful approach here, ‘by the book’ can bring benefits, especially in the field of health and safety.

'As a very gross generalisation, autistic people are incredibly good at detail. We’re often logical thinkers, precise and we can concentrate for long periods of time. This means we often like jobs that others don’t. If you give me 300 pages and ask me to find the errors or specific details, I’ll happily do it. I’m thorough and diligent. I also tend to remember technical information, which means I’m well suited to compliance checking and application,' Laura says.

There are definitely traits of autism that fit very nicely into a health and safety role.

'The challenge that many people with autism have, though, is we tend to not have innate social skills. Think of the classic image of a person who is very focused on their clipboard who bombards someone with questions. To them, this might seem like the best way to get the job done, but the way that they are interacting might not generate the right rapport. A lot of health and safety is about behaviour change and influencing others to work safely. People with autism can be very focused on the facts, rather than understand the importance of interaction and the relationship that needs to be established in order to collaborate.'

For health and safety professionals dealing with neurodiverse colleagues, employees or workers, Laura says there are person-specific issues that need to be taken into account.

'Some autistic people have a lower level of cognitive ability –; they have a learning disability. In my case, I am academically strong but I will take things literally. When someone makes a throwaway comment such as ‘we must catch up later’ I’ve had to learn that they don’t necessarily mean it,' Laura says.

'Conversely, if you’ve given me some clear instructions, I will follow those because I tend to adhere to rules. This can leave me vulnerable to individuals whose intentions aren’t always in my best interests. And from a safety perspective, it’s important that I feel able to ask questions without recrimination. For example, I may need to clarify whether I’ve taken something too literally.'

What can be done to help people in this position? Laura says it’s really very simple.

'It would be helpful if we could all be less judgemental. I don’t profess to understand neurotypical people. I have no understanding why they would want to go to a busy pub or to a big sporting event, because I can’t cope with places like that. But that doesn’t mean I’m going to judge them for it,' she says.

'Disappointingly, I find that if I do something that seems slightly weird to other people, they can often judge me for it. I’ve previously been labelled stand-offish, bossy and a dragon, just because of my lack of innate social skills. The reality is that I’ve been bewildered and confused in social settings. I’m keen for us all to be a little more accepting and empathetic – if we can just appreciate that other people might think and feel differently, that will make a significant difference for people like me.'

'Getting the autism diagnosis enabled me to understand how I a’m different from many other people. I could then identify my strengths and weaknesses compared to neurotypical individuals. I could then work on my weaknesses, things like social interaction, which aren’t innate. I still say things in a way that people find odd but I’m less likely to offend people because I’ve learnt more about socially acceptable ways of communicate. I can now recognise my errors and smile about them rather than be self-critical. – I can be more forgiving towards myself, because I understand why it’s happened.

'It would have been helpful to have gained a better understanding of my abilities and challenges earlier in my career. No matter how qualified you are, if you don’t understand the social rules, you can’t build relationships. I’m proud that I can now confidently stand in a room, have a coffee and just chat with people. I may have achieved many qualifications but, for me, being better at socialising is probably one of my biggest achievements!'